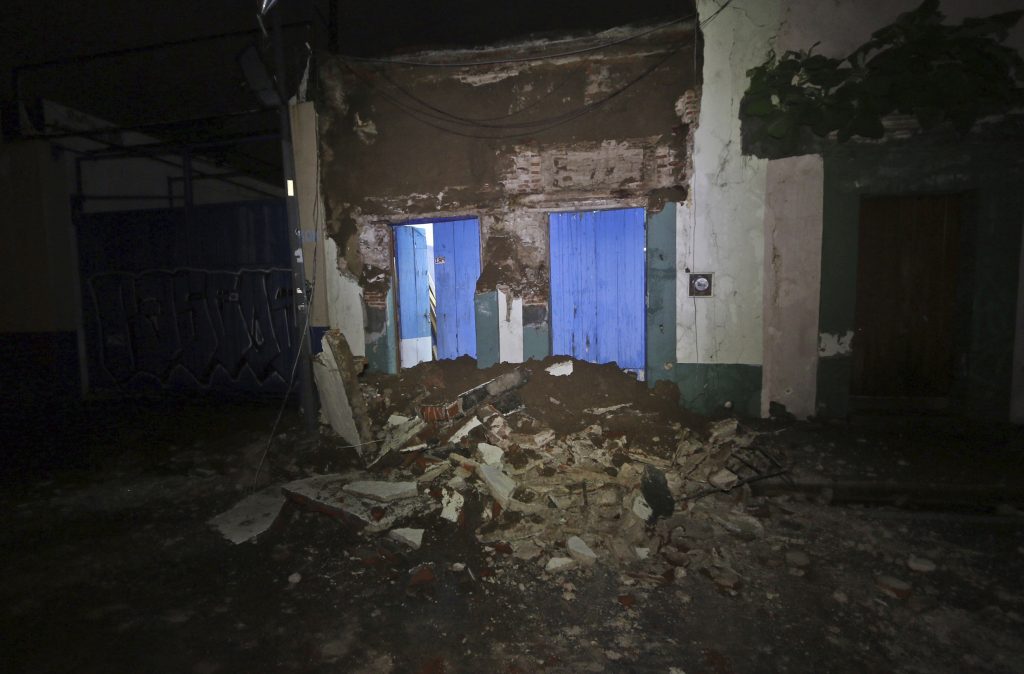 An earthquake of magnitude 8.1 struck off the southern coast of Mexico late on Thursday, the U.S. Geological Survey (USGS) said, killing at least six people and triggering small tsunami waves but no major destruction.

President Enrique Pena Nieto says the quake’s magnitude it was 8.2, making it the largest in Mexico in 100 years. He also said it was bigger than the one in 1985, when thousands were killed in four Mexican states.

“It was a large-scale earthquake,” Pena Nieto said. “It had a bigger magnitude than the one Mexicans knew in 1985.”

He said that 62 aftershocks followed the quake and it’s possible one as strong as 7.2 could hit in the next 24 hours. Pena Nieto also said that serious damage had been caused and that 1 million customers initially had been without power following the quake, but that electricity had been restored to 800,000 of them.

A number of buildings suffered severe damage in parts of southern Mexico. Some of the worst initial reports came from Juchitan in Oaxaca state, where many buildings were reduced to rubble.

Rescue workers labored through the night in badly affected areas to check for people trapped in collapsed buildings.

Windows also shattered at Mexico City airport and power went out in several neighborhoods of the capital, affecting more than 1 million people. The cornice of a hotel came down in the southern tourist city of Oaxaca, a witness said. The tremor was felt as far away as neighboring Guatemala.

The quake triggered waves as high as 2.3 ft in Mexico, the Pacific Tsunami Warning Center said. Mexican television showed images of the sea retreating about 50 meters, and authorities evacuated some coastal areas.

“The tsunami risk on the Chiapas coast does not represent a major risk, it’s not very big, it’s not a major worry,” President Enrique Pena Nieto said in a call to Televisa network.

The president said more aftershocks were likely and that people should carefully check their homes and offices for structural damage and for gas leaks. “We are alert,” he said.

The USGS reported multiple aftershocks, ranging in magnitude from 4.3 to 5.7.

Classes were suspended in most of central and southern Mexico on Friday to allow authorities to review damage.

There was no tsunami threat for American Samoa and Hawaii, according to the U.S. Tsunami Warning System. The national disaster agency of the Philippines put the country’s eastern seaboard on alert, but no evacuation was ordered.

People in Mexico City, one of the world’s largest cities, ran out into the streets and alarms sounded after the quake struck just before midnight, a Reuters witness said.

Helicopters buzzed overhead a few minutes later, apparently looking for damage to buildings in the city, which is built on a spongy, drained lake bed.

State oil company Pemex said it was still checking for damage at its installations. Pena Nieto said operations at the Salina Cruz refinery in the same region as the epicenter were temporarily suspended as a precautionary measure.

“I had never been anywhere where the earth moved so much. At first I laughed, but when the lights went out I didn’t know what to do,” said Luis Carlos Briceno, an architect, 31, who was visiting Mexico City. “I nearly fell over.”