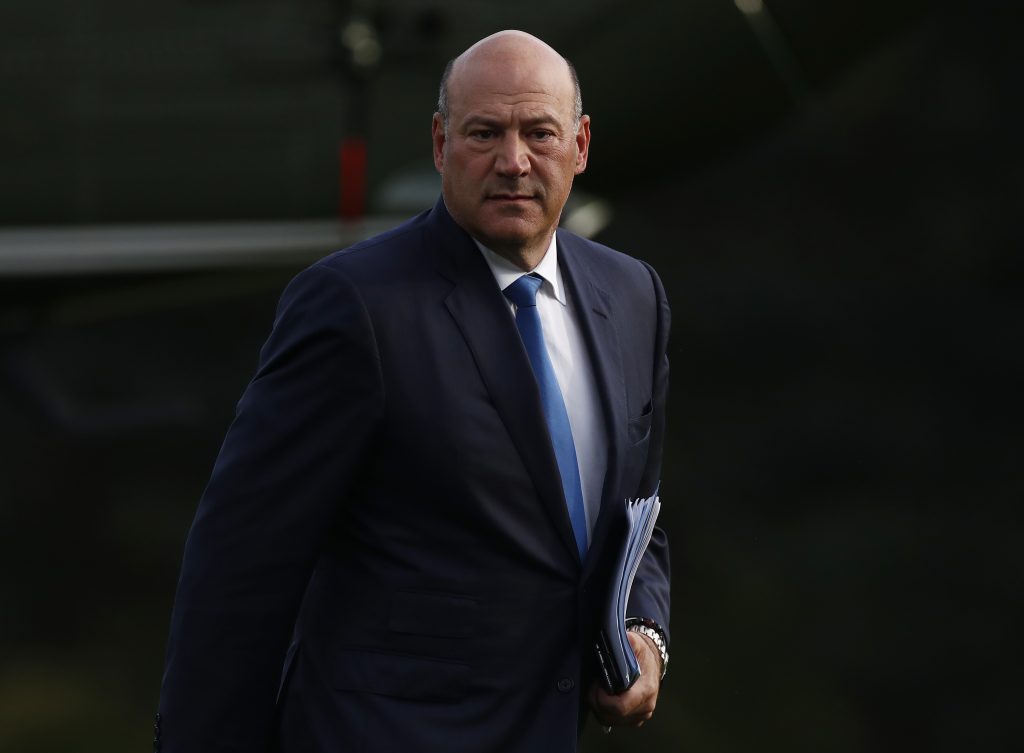 The White House is considering at least a half-dozen candidates to be the next head of the Federal Reserve, including economists, executives with banking experience and other business people, according to three people familiar with the matter.

The breadth of the search goes against the narrative that has taken hold in Washington and on Wall Street that the Fed chair nomination is a two-horse race between National Economic Council Director Gary Cohn and current Fed Chair Janet Yellen, whose term expires in February.

Some of the other possible contenders include former Fed Governor Kevin Warsh, Columbia University economist Glenn Hubbard and Stanford University professor John Taylor, one of the people familiar said. Lawrence Lindsey, a former economic adviser to President George W. Bush, has been discussed. Former US Bancorp CEO Richard Davis and John Allison, the former CEO of BB&T Corp., have also been considered.

President Donald Trump said in July that both Yellen and Cohn, a former Goldman Sachs president, were being considered for the top Fed job. Since then, Cohn’s prospects have grown cloudy after he publicly criticized remarks the president made in the wake of racially-charged violence in Charlottesville, Virginia. The Wall Street Journal reported Wednesday that Trump is unlikely to pick Cohn for the post, and three people close to Trump told Bloomberg that Cohn’s prospects for the Fed job have dimmed.

But three people familiar with the process say Trump is not yet deeply focused on the search. It is still being conducted by staff who aren’t ready yet to present him with a short-list of vetted candidates. John DeStefano, the president’s chief personnel recruiter, is in charge of the search, one person said.

Trump’s former chief strategist Steve Bannon, who clashed with the more moderate Cohn inside the White House before his departure last month, told 60 Minutes in an interview to be broadcast Sunday that Cohn should “absolutely” resign.

Having credible leaders at the top of the central bank is critical for financial market stability. For now, investors are showing patience, trusting in Yellen’s leadership while they wait for the president to make a choice. Mr. Trump said in July that he would probably not decide until the end of the year.

He has a chance to fill four of the seven Fed governor seats. Vice Chairman Stanley Fischer said Wednesday he will resign from his position next month, a surprise announcement made with nine months remaining on his term.

“It’s been glacial in filling some of these jobs, which is surprising because the president during the transition” talked a lot about “retaking control” of the central bank, said Jaret Seiberg, a Washington policy analyst for Cowen & Co. in an interview with Bloomberg Television.

Randal Quarles, a Treasury officials during the George W. Bush administration, was approved by the Senate Banking Committee on Thursday to fill one of those openings, though his pick still needs confirmation by the full Senate. Carnegie Mellon University professor Marvin Goodfriend, a widely respected monetary economist, is being considered for a governor nomination, according to people familiar with the matter.

Even with Quarles and Goodfriend in place, the White House would have three Fed vacancies: another governor, a vice chairman, and a new chairman if Trump decides not to renominate Yellen. She has said that she will serve out her four-year term and has declined to comment on whether she wants to stay in the job.

The nominations of Quarles and Goodfriend show that the White House is also striving for diversity of professional experience, skills and geographic representation on the Fed Board, as required by law. One member of the board must also have experience working in or supervising community banks.