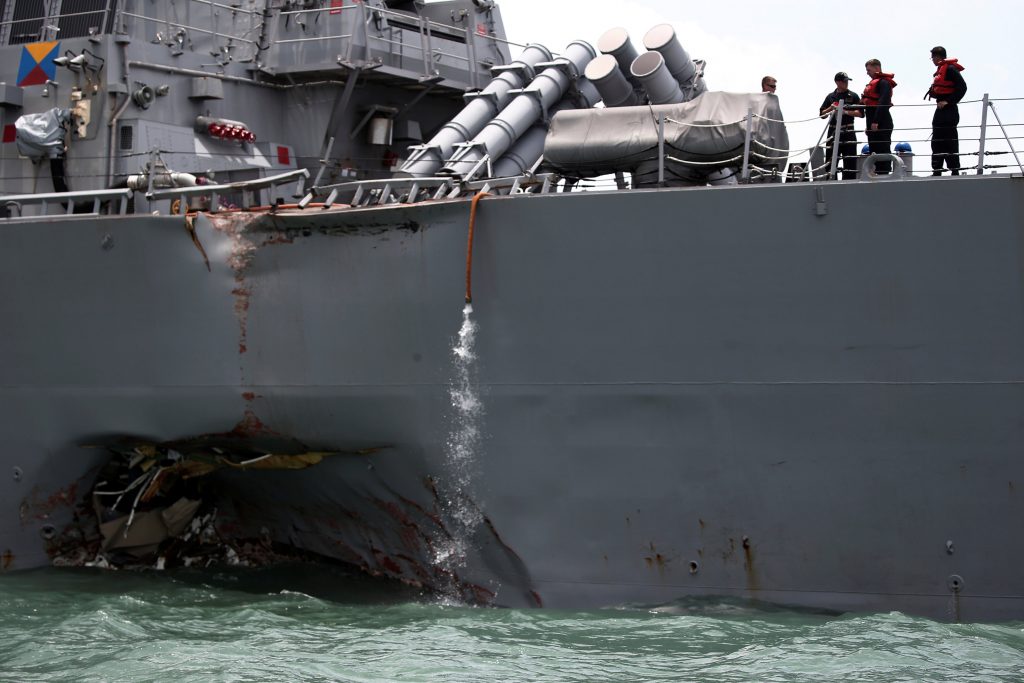 The U.S. Navy plans to transport the USS John S. McCain to Japan for a full damage assessment after a collision last month in which ten sailors died between Malaysia and Singapore.

Moving the McCain to Yosuka, where the navy has repair and maintenance facilities, would allow the crew to be close to their families, the Naval Systems Command Office said in a news release on Thursday.

The guided-missile destroyer is currently moored at Singapore’s Changi Naval Base. The move is notionally planned for late September.

The McCain suffered significant damage in the collision with a tanker east of the Straits of Malacca and Singapore on Aug. 21. Compartments, including berthing, machinery and communications rooms, were flooded.

The news release said a full assessment was needed to determine cost, schedule and location for the ship’s repairs.