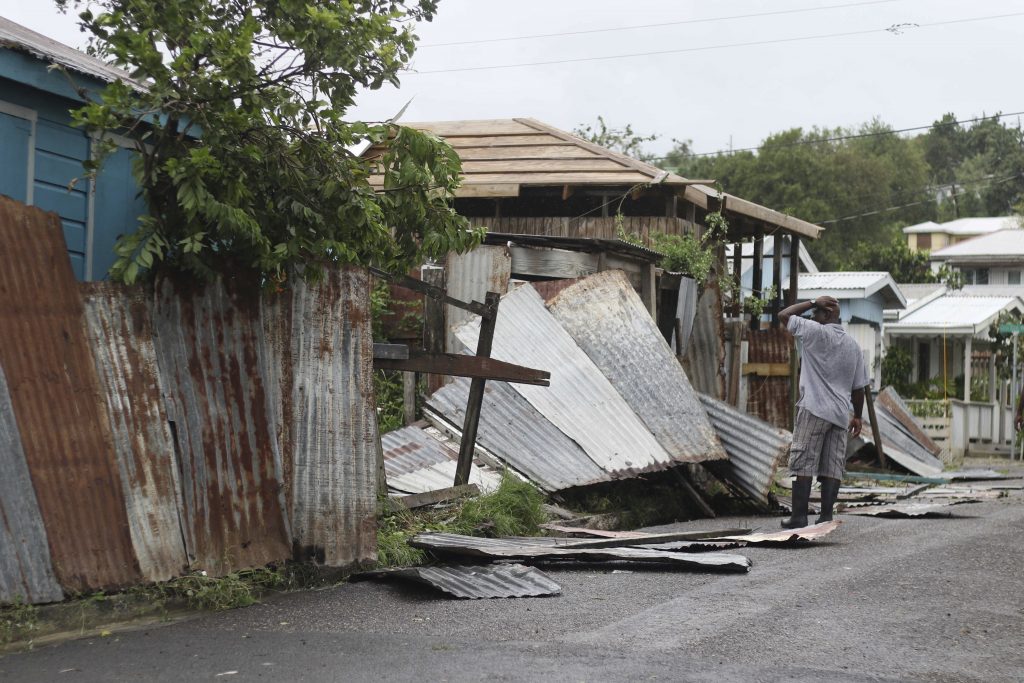 As Hurricane Irma departed Antigua and Barbuda’s usually pristine reef-ringed beaches, islanders tried to grasp the untold destruction to Barbuda’s schools, churches and the homes that many had used their life savings to build.

Irma largely spared Antigua, which was open for business by Thursday morning.

But within hours, the typically gentle winds that cool Barbuda had turned into violent gusts that decimated Codrington, the sole town on this smaller 62-square-mile island in the Caribbean.

Antigua and Barbuda Prime Minister Gaston Browne said Barbuda had sustained damage to some 95 percent of all government and personal property – including the hospital and the airport, which he said had its roof completely blown away. At least one person, a child, was killed on Barbuda – one of as many as 10 deaths reported across the Caribbean in Irma’s aftermath.

Now these victims face yet another threat – a second hurricane, Jose, which is strengthening and appears to be coming for the same islands already devastated by Irma.

The National Hurricane Center released an ominous bulletin Thursday morning about the new menace looming in the Atlantic: “JOSE EXPECTED TO BECOME A MAJOR HURRICANE BY FRIDAY . . . WATCHES ISSUED FOR THE NORTHERN LEEWARD ISLANDS.”

Already reeling from Irma, Antigua and Barbuda issued a hurricane watch for Jose.

“We are very worried about Hurricane Jose,” Browne said Thursday in a phone interview with The Washington Post, adding that Irma had left some 60 percent of Barbuda’s nearly 2,000 residents homeless.

Browne said that he will make a determination by Thursday night about whether there will be a mandatory evacuation, but that those who want to leave Barbuda are being ferried to nearby Antigua.

As Irma continues a merciless, historic churn toward the U.S. mainland, the first islanders left in its wake are only beginning to decipher the scope of devastation. Though the death toll has been fluctuating, it is expected to rise.

These jurisdictions are all part of the Leeward Islands – a vulnerable, isolated chain arcing southeast from Puerto Rico.

The Dominican Republic, Haiti and the Turks and Caicos Islands are next in its path. Closer to Florida’s southern tip, the Bahamas remain in danger, and mass evacuations are underway.

At 8 a.m., the National Hurricane Center said that Irma was heading for Turks and Caicos.

The United Nations has said that Irma, a Category 5 storm, could affect as many as 37 million people. The majority are on the U.S. mainland, but the residents of tiny islands in the Eastern Caribbean were hit first – and hardest.

Aerial footage later showed homes with walls blown out and roofs ripped away. “When I got there, for me, it was emotionally painful,” he told The Post. “It was sad to see such beautiful country being destroyed over a couple of hours.”

The prime minster declared that the destruction in Barbuda was “one of the most significant disasters anywhere in the world” on a per capita basis. He said it would take an estimated $100 million to rebuild – a “monumental challenge” for a small island government. He said Antigua and Barbuda hope international partners will respond to the need.

French President Emmanuel Macron said it’s too soon to determine how many victims there may be. He has dispatched the country’s overseas territories minister, Annick Girardin, who told reporters while en route to the region that evacuations may be necessary, BBC News reported.

In Anguilla, part of the British West Indies, the local government is “overwhelmed” and desperate for help, Anguilla Attorney General John McKendrick told The Post late Wednesday. Officials were barely able to communicate among one another and with emergency response teams, he said. With most phone lines down, they were dependent on instant messaging.

It appears that at least one person died in Anguilla, he said.

“Roads blocked, hospital damaged. Power down. Communications badly impaired. Help needed,” he wrote in one message. In another, he said, “More people might die without further help, especially as another hurricane threatens us so soon.”

Britain’s international development secretary, Priti Patel, announced Wednesday that the British navy, along with several Royal Marines and a contingent of military engineers, had been dispatched to the Caribbean with makeshift shelters and water purification systems. While some in England criticized the response, McKendrick told The Post that he’s worried that they, too, will quickly become overwhelmed by the amount of work that must be done to restore a sense of normalcy.

Around 7:30 a.m., the page broadcast a brief live video of the storm captured from inside an unidentified building. With rain pelting the windows and wind whipping the treetops, a narrator calmly described the scene outside. “Can’t see very far at all,” he said. “We’ve got whitecaps on the pool. Water is spilling out. And it’s quite a ride. But thought I’d check in and let everyone know we’re still good.”

Phone lines to the restaurant appeared to be down by the afternoon, and messages left with the social media administrator were not immediately returned.

About 1 p.m. Wednesday, the restaurant posted a panoramic photo on social media that appeared to show several buildings. The decking on one appeared to be ripped apart, and debris was scattered about the beach. One industrial building had a hole in its roof, but by and large everything was still standing.

“We made it through,” the caption read, “but there is a lot of work to be done.”