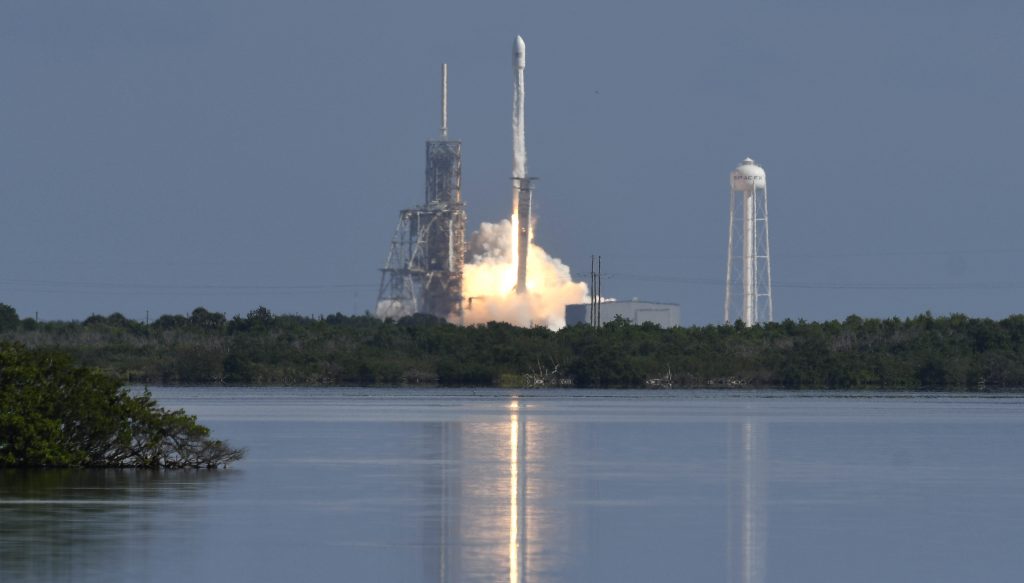 The unmanned Falcon rocket blasted off from Florida’s Kennedy Space Center, as schools and businesses boarded up for Hurricane Irma.

It’s the fifth flight for one of these crewless minishuttles, known as the X-37B Orbital Test Vehicle.

The two Air Force space planes have already logged a combined 5 ½ years in orbit. But officials won’t say what the spacecraft are doing up there. The last mission lasted almost two years and ended with a May touchdown at the runway formerly used by NASA’s space shuttles. The first one launched in 2010.

As has become customary, SpaceX landed its leftover booster back at Cape Canaveral for eventual reuse.

This was the first time SpaceX has provided a lift for the experimental minishuttle. The previous missions relied on United Launch Alliance’s Atlas V rockets. Air Force officials said they want to use a variety of rockets for the X-37B program, to launch quickly if warranted.

SpaceX stopped providing details about the X-37B’s climb to orbit, a few minutes after liftoff at the Air Force’s request. The booster’s return to SpaceX’s landing zone at Cape Canaveral Air Force Station, however, was broadcast live.

It was SpaceX’s 16th successful return of a first-stage booster. Booster rockets are normally discarded at sea.