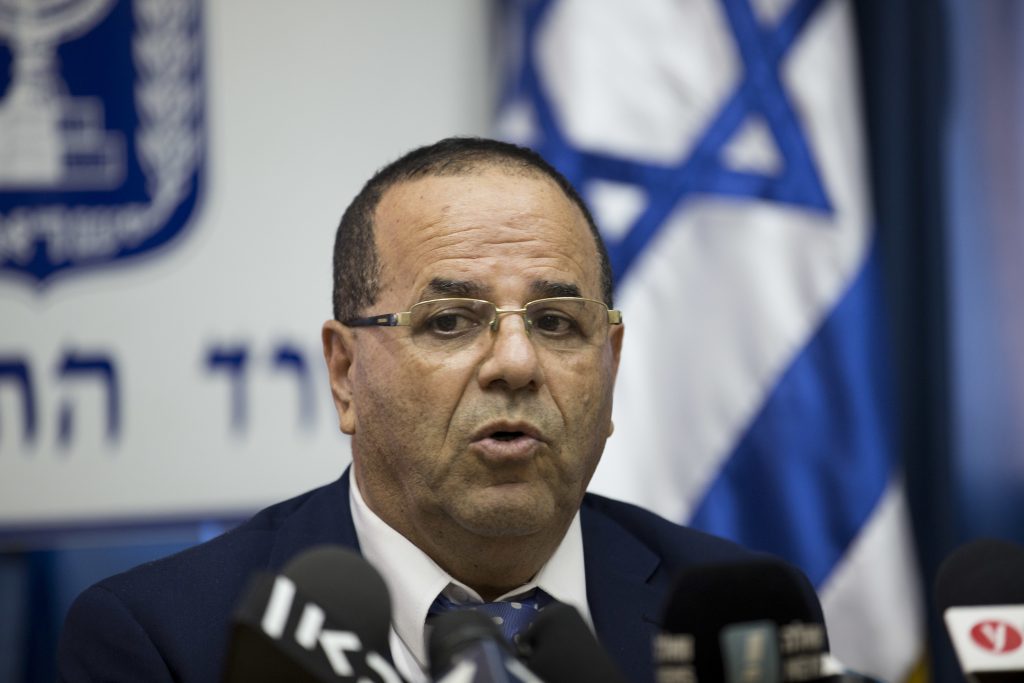 Prime Minister Binyamin Netanyahu has ordered that the director of Al Jazeera in Israel be banned from a conference to be sponsored Thursday by the Government Press Office. Walid Al-Amri will not be admitted to the event, even though he has press credentials. Along with the banning of Al-Amri, Netanyahu ordered the Justice Ministry to seek ways to strip all Al Jazeera reporters in Israel of their press credentials.

Speaking to Israel Radio Thursday, Communications Minister Ayoub Kara said that Netanyahu’s decision to keep Al-Amri away from the event was justified. It would be ironic, indeed, if an Al Jazeera representative was at the conference titled “The Limits of Free Expression: the dilemma between security and freedom of the press,” said Kara, because “Al Jazeera is nowhere near that limit, but has long ago crossed it, in the direction of our enemies. The prime minister does not accept this. In his chutzpah, Al-Amri talks about freedom of speech, but he uses it to create terror against us. Al Jazeera is considered a facilitator of terror in all Arab countries. I would rather be in the good company of Saudi Arabia and Egypt,” both of with have banned Al Jazeera at times, “than in the bad company of Iran,” which supports the station.

Netanyahu, said Kara, is not against freedom of speech or freedom of the press. “He is always telling me to think of ways to open up the media, to make it more accessible to more people, to remove regulations and allow more people access to express themselves.”

Netanyahu’s decisions came after the GPO sought to strip Al Jazeera reporter Elias Karram of his credentials several weeks ago. That attempted ban came after Karram gave an interview in Arab media in which he said that “journalism is an integral part of political and educational activity” in “occupied and violent areas. Journalists fulfill their role in the resistance with their pen, camera or voice, because they are part of the nation. They participate in the resistance in their own way.” The GPO decided not to strip Karram of his credentials, after a hearing in which the reporter stressed that he was “against violence.”