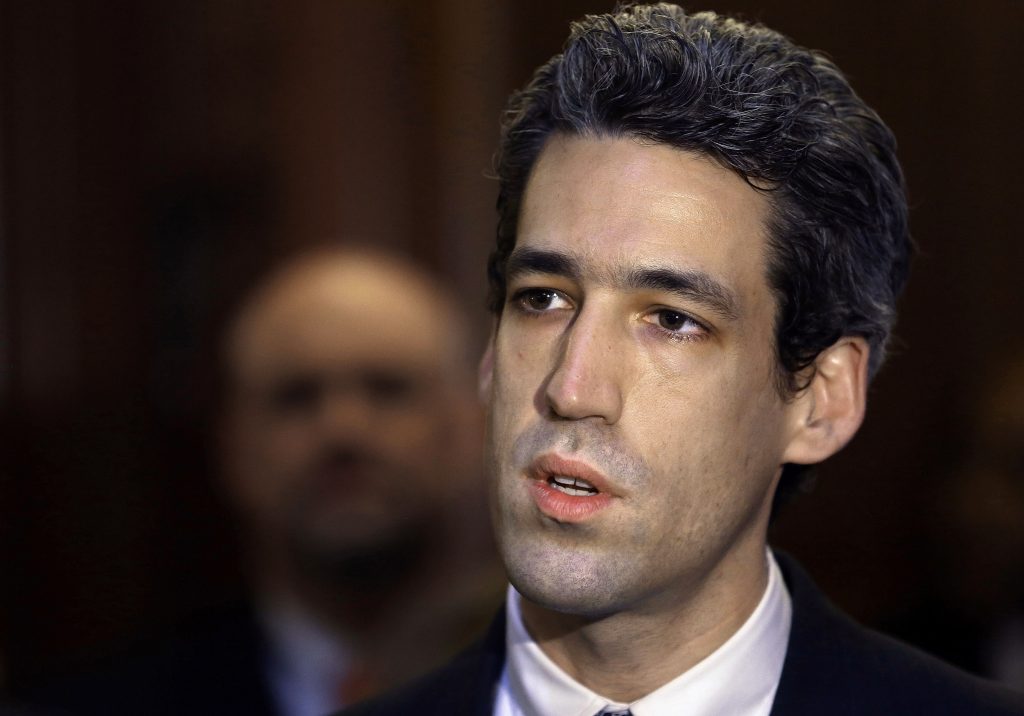 Controversy over the Boycott, Divestment and Sanctions (BDS) movement against Israel has had repercussions in the current race for governor of Illinois, as one of the candidates decided to jettison his running mate due to the latter’s support for BDS, according to media reports on Thursday.

State senator Daniel Biss said he felt compelled to part company with Chicago Alderman Carlos Ramirez-Rosa just a week after announcing the latter would run with him as candidate for lieutenant-governor, citing the BDS issue.

“I strongly support a two-state solution,” Biss said. “I support Israel’s right to exist, and I support Israel as the homeland of the Jewish people. I also care deeply about justice for Palestinians and believe that a vision for the Middle East must include political and economic freedom for Palestinians. That’s why I oppose the Boycott, Divestment and Sanctions movement, or BDS, as I believe it moves us further away from a peaceful solution.

“Growing up with an Israeli mother, grandparents who survived the Holocaust, and great-grandparents who did not survive, issues related to the safety and security of the Jewish people are deeply personal to me,” Biss said, adding that dropping Ramirez-Rosa was a “difficult” decision.

Although Biss said that he had raised BDS in the vetting process, and understood that the alderman shared his views, it emerged that Ramirez-Rosa opposed BDS on the local and state level, but not the federal level.

“The difference of opinion we have on the role the BDS movement plays at the federal level would make it impossible to continue moving forward as a ticket,” Ramirez-Rosa said, confirming that it was the irreconcilable issue between.

Biss had come under criticism because of his running mate. Congressman Brad Schneider withdrew his support for the Biss’ campaign Sunday, referring to concerns about Ramirez-Rosa’s “past comments about the United States support of our ally Israel, and his affiliation with a group that is an outspoken supporter of the Boycott, Divestment and Sanctions movement against Israel.”

Ramirez-Rosa belongs to the& Democratic Socialists of America, the largest socialist organization in the country, which passed a resolution endorsing BDS.