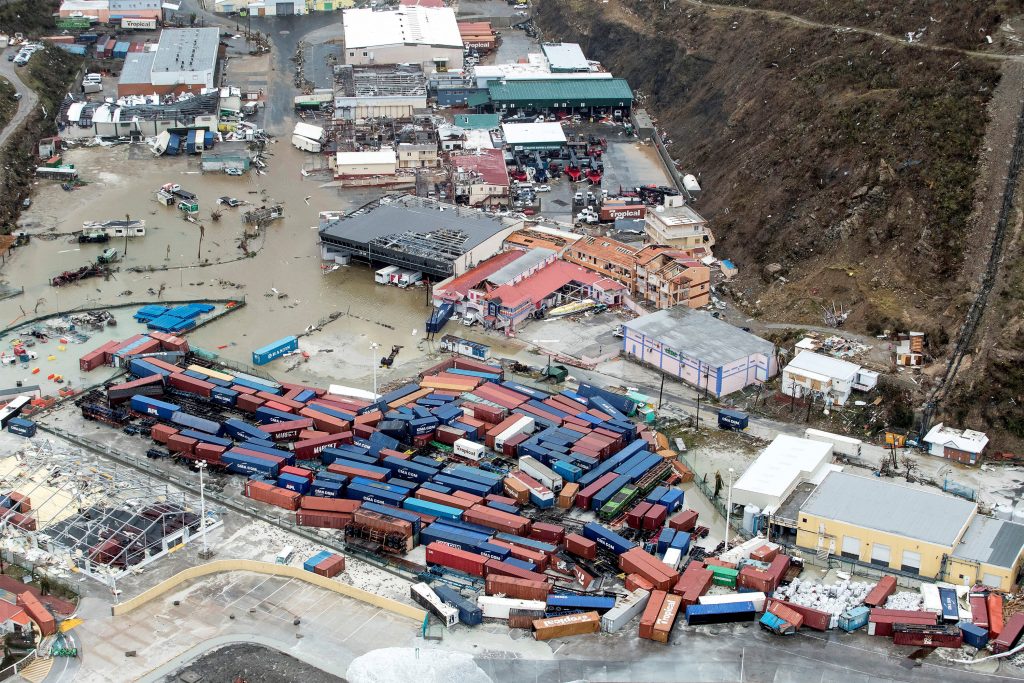 Hurricane Irma killed eight people on the Caribbean island of Saint Martin and also caused devastation on other islands on Thursday as one of the most powerful Atlantic storms in a century took aim at Florida.

Media footage of the Franco-Dutch island of Saint Martin showed a damaged marina with boats tossed into piles, submerged streets and flooded homes. Power was knocked out there and on Saint Barthelemy.

“It is an enormous disaster, 95 percent of the island is destroyed, I am in shock,” Daniel Gibbs, chairman of a local council on Saint Martin, told Radio Caribbean International.

French Interior Minister Gerard Collomb said eight people were killed and the toll was likely to rise in the coming hours.

“We did not have the time yet to explore all the shores,” Collomb told Franceinfo radio, adding that 23 people were also injured. In all, at least 10 people were reported killed by Irma on four islands.

The hurricane was on track to reach Florida on Saturday or Sunday, becoming the second major hurricane to hit the U.S. mainland in as many weeks.

The core was expected to scrape the northern coast of the Dominican Republic and Haiti on Thursday and track near Turks and Caicos and southeastern Bahamas later.

The island of Barbuda is a scene of “total carnage” and the tiny two-island nation will seek international assistance, said Gaston Browne, prime minister of Antigua and Barbuda.

Browne told the BBC that about half of Barbuda’s population of some 1,800 were homeless while nine out of 10 buildings had suffered some damage and many were destroyed.

“We flew into Barbuda only to see total carnage. It was easily one of the most emotionally painful experiences that I have had,” Browne said in an interview on BBC Radio Four.

“Approximately 50 percent of them [residents of Barbuda] are literally homeless at this time. They are bunking together, we are trying to get … relief supplies to them first thing tomorrow morning,” he said, adding that it would take months or years to restore some level of normalcy to the island.

Browne said one person was killed on Barbuda. A second storm-related fatality, that of a surfer, was reported on Barbados.

At least half of Puerto Rico’s homes and businesses were without power, according to online posts and a message posted by an island utility executive.

The NHC said it was the strongest hurricane ever recorded in the Atlantic Ocean and one of the five most forceful storms to hit the Atlantic basin in 82 years.

While Irma’s intensity could fluctuate and its precise course remained uncertain, the storm was expected to remain at least a Category 4 before arriving in Florida.