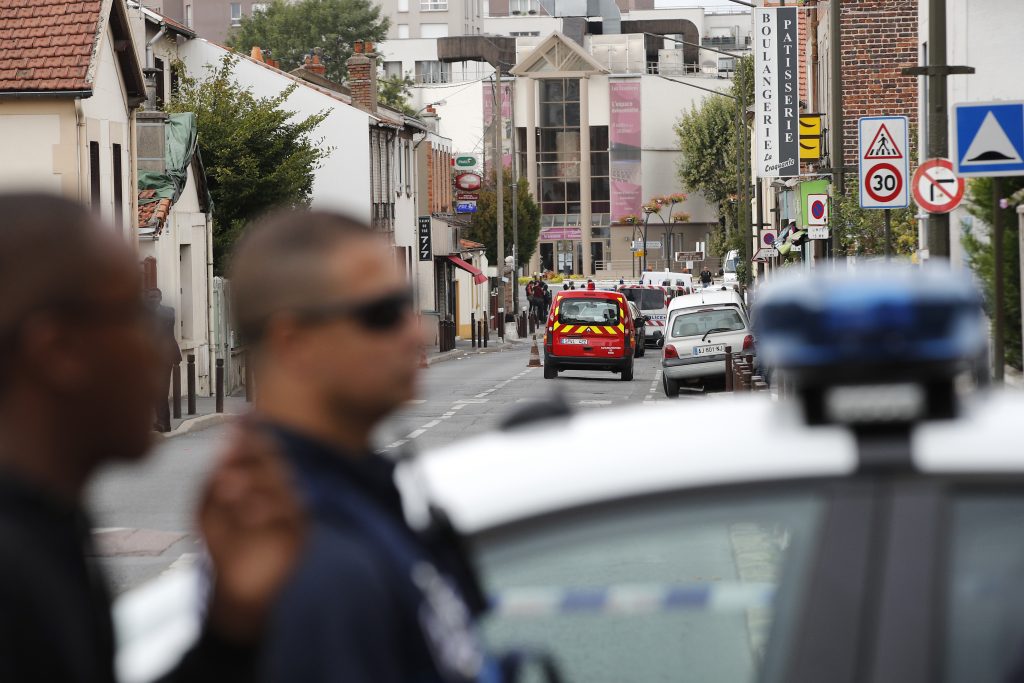 French police are questioning three people after a raid where explosive materials were found at an apartment near Paris, Interior Minister Gerard Collomb said on Thursday.

Materials used to produce TATP, an explosive often used by suicide bombers, were found at the flat in Villejuif on the southern rim of the French capital on Wednesday after a plumber contacted police to report suspect activity there.

A third person has been arrested after two were apprehended after the raid, said Minister Collomb, who added that the suspects were being questioned on suspicion of terrorist activity despite talking of a bank heist.

“Those under investigation spoke of wanting to blow up a bank with the TATP but they way we see it is they have links with terrorism, and this is the channel of investigation,” Collomb told public radio station franceinfo.

That line of inquiry was prompted by information found in telephone communications after the raid, he added.

More than 230 people have been killed by Islamist-inspired terrorists in the past three years in France, which along with the United States and other countries are bombing Islamic State bases in Iraq and Syria.

TATP, an unstable explosive, has been used by terrorists in several attacks in western Europe in recent years, including Manchester in May, Brussels in 2016 and Paris in 2015.