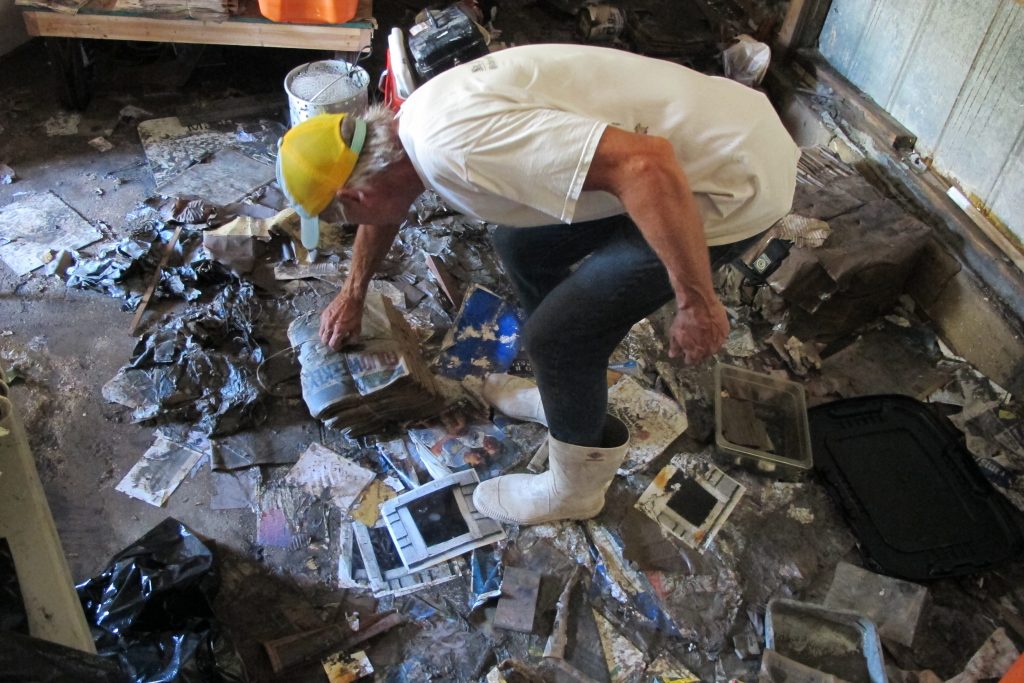 As Hurricane Irma bears down on Florida, an Associated Press analysis shows a steep drop in flood insurance across the state, including the areas most endangered by what could be a devastating storm surge.

Florida’s property owners still buy far more federal flood insurance than any other state — 1.7 million policies, covering about $42 billion in assets — but most residents in hazard zones are badly exposed.

With 1,350 miles of coastline, the most in the continental United States, Florida has roughly 2.5 million homes in hazard zones, more than three times that of any other state, FEMA estimates. And yet, across Florida’s 38 coastal counties, just 42 percent of these homes are covered.

Florida’s overall flood insurance rate for hazard-zone homes is just 41 percent. Fannie Mae ostensibly requires mortgage lenders to make sure property owners buy this insurance to qualify for federally backed loans, and yet in 59 percent of the cases, that insurance isn’t being paid for. Average annual premiums range from about $4,200 in Horseshoe Beach, a town of 169 residents on the Gulf Coast where 78 percent of policies have been dropped since 2012, down to about $200 in several cities. In most, it’s between $300 and $500.

In the counties being under at least partial evacuation orders Wednesday (Collier, Broward, Monroe and Miami-Dade), where 1.3 million houses are estimated to be in flood hazard zones, the percentage is an even lower 34.3 percent.

Nationwide, only half the 10 million properties that need flood insurance have it, said Roy Wright, who runs the National Flood Insurance Program. He told the AP last week that he wants to double the number of policies sold nationally in the near future.

The declines in coverage started after Congress approved a price hike in 2012, making policies more expensive. Maps of some high-risk areas were redrawn, removing a requirement that these homeowners get the insurance. About 7 of 10 homeowners have federally backed mortgages, and if they live in a high-risk area, they still are required to have flood insurance. But many let their policies slip without the lender noticing; loans also get sold and repackaged, paperwork gets lost and new lenders don’t follow up.

FEMA, which is ultimately responsible for enforcing flood insurance requirements, did not respond to an email seeking comment from its Washington office on Wednesday. The private flood insurance market is small — only about 20,000 policies in Florida.

The latest forecasts suggest Irma’s most destructive winds could carve up much of Florida’s priciest real estate, damaging properties from the Florida Keys through Jacksonville as it swirls north.

“This could easily be the most costly storm in U.S. history, which is saying a lot considering what just happened two weeks ago,” said University of Miami hurricane researcher Brian McNoldy.

Insurance companies are still tallying the damage from Hurricane Harvey’s extended stay over southern Texas in August, but insured losses are estimated at $20 billion, and that’s a fraction of the $65 billion or more in losses due to flooding alone that could have been insured, according to the catastrophe modeling firm AIR Worldwide.

No one is expecting Irma to flood Florida on a similar scale. Harvey sat over Houston for days, dumping up to 50 inches of rain. Irma is moving swiftly and should bring less than a quarter of that to Florida cities.

“This could easily be the most costly storm in U.S. history.” — Brian McNoldy of University of Miami.

South Florida also has a better flood control system, the ground is more porous and there aren’t any hills to send water rushing down from above, said Hugh Willoughby, a former research director at the National Oceanic and Atmospheric Administration and now a professor at Florida International University in Miami.

Still, many Floridians could find themselves with no money for flood repairs, just like people in Houston, where flood coverage dropped by 9 percent since 2012.

If Irma’s eye follows a track just west of Florida’s eastern coast, the initial storm surge could heavily damage the Florida Keys, the cities at the southern tip of Florida’s mainland, Florida City and Homestead, parts of Miami and Miami Beach, and other Atlantic coast cities, said Brian Haus, a professor of ocean sciences at the University of Miami’s Rosenstiel School of Marine and Atmospheric Science.

The AP analysis shows that the number of flood insurance policies sold in the Keys, Miami, Miami Beach and Homestead has stayed basically steady since 2012, but tiny Florida City has seen a drop of 31 percent. Miami-Dade County overall has seen a 7 percent drop in policies sold, falling from 371,000 in 2012 to 342,000 today.

Just to the north in Broward County, home to Fort Lauderdale, the state has seen its biggest drop among major counties, falling 44 percent from 372,000 policies five years ago to 207,000 today. County officials say they don’t track the flood insurance program, leaving that to the cities.

If Irma’s eye moves instead up Florida’s west coast, that would put Tampa, St. Petersburg and other Gulf cities in danger to significant storm surge, Haus said. St. Petersburg has seen an almost 10 percent drop in federal flood policies written in the last five years, while Tampa has seen a 3.5 percent drop, according to the AP analysis.