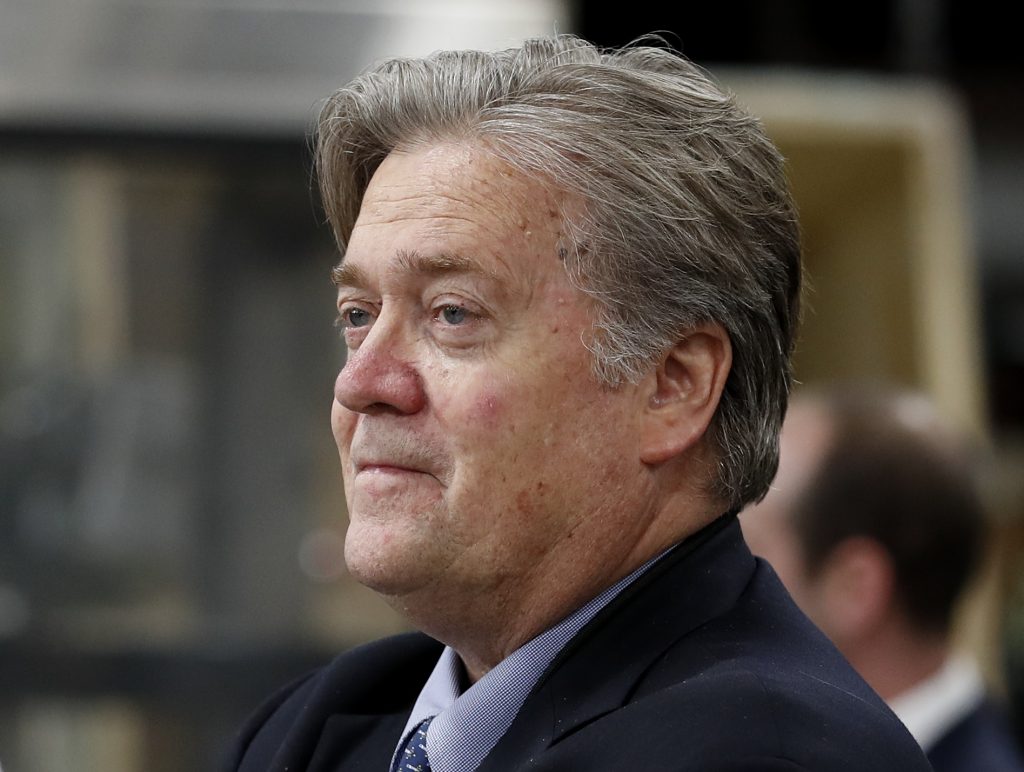 President Donald Trump’s ex-strategist is blasting White House aides who publicly distanced themselves from the president’s response to Charlottesville — yet stick it out in the West Wing.

Steve Bannon, in a CBS interview weeks after he was pushed out, singled out Trump economic adviser Gary Cohn, saying, “If you don’t like what he’s doing and you don’t agree with it, you have an obligation to resign.”

Cohn, in an interview with The Financial Times, had sharply denounced Trump for saying that “many sides” were to blame for the violence in Charlottesville, Virginia, and criticized the administration’s response to incident.

Asked if Cohn should have quit, Bannon said: “Absolutely.”

Bannon, a favorite among the farther-right in the GOP, was jettisoned from his post in August after a turbulent seven months in the West Wing. He returned to Breitbart News, which he led before joining Trump’s campaign.

Calling himself a “street fighter,” Bannon said “that’s why Donald Trump and I get along so well. I’m going to be his wing man outside for the entire time.”