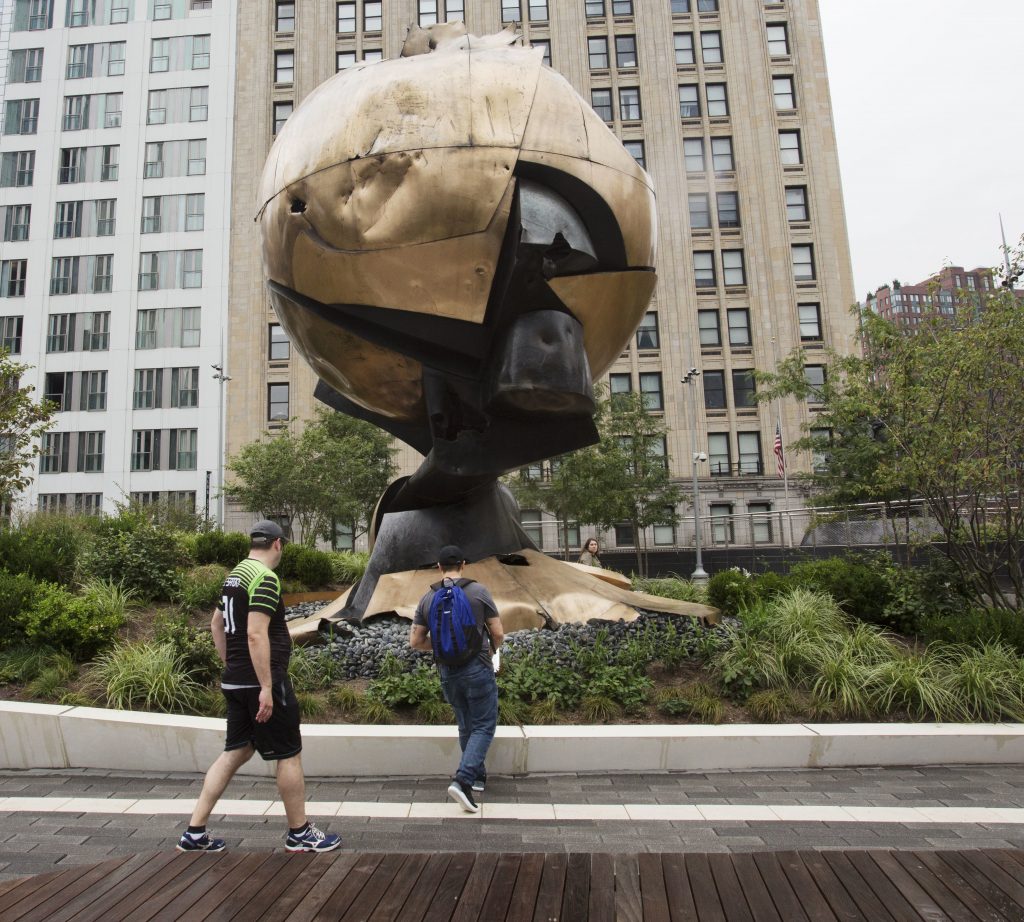 A 25-ton bronze sphere damaged by the collapsing World Trade Center is now at its permanent home overlooking the rebuilt site, five days before the 16th anniversary of the terror attacks that destroyed it.

The Koenig Sphere was officially placed on view Wednesday at the new Liberty Park overlooking the 9/11 memorial, a year after the Port Authority approved plans to move the sculpture from its temporary place in Battery Park at Manhattan’s southern tip.

The sphere once stood between the trade center’s two towers.

The late German artist Fritz Koenig created the work commissioned by the Port Authority, which later lost 84 employees. The eternal flame honors the more than 2,700 people who died at the trade center in 2001.

The 16th anniversary of the attacks is on Monday, Sept. 11.