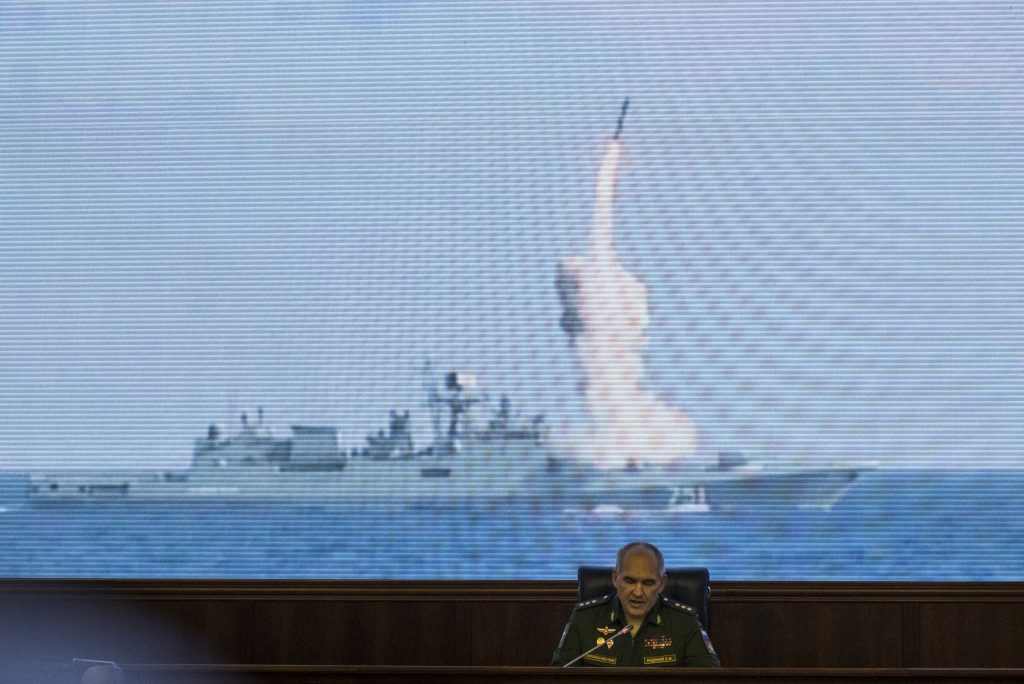 The investigators also appealed to the U.S.-led coalition to better protect civilians as it strikes at Islamic State terrorists in the east.

The latest report by the Commission of Inquiry on Syria offers among the strongest evidence yet of allegations that Assad’s forces conducted the April 4 attack on Khan Sheikhoun in rebel-held Idlib province in which dozens of people were killed. The United States quickly blamed the Syrian government and launched a punitive strike on Shayrat air base, where the report says the Sukhoi-22 plane took off.

Syrian government officials have denied responsibility, and said last month that they would allow in U.N. teams to investigate.

“We have analyzed all the other interpretations” of who might have conducted the attack, commission chairman Paulo Pinheiro said at a Geneva news conference. “It is our task to verify these allegations, and we concluded … that this attack was perpetrated by the Syrian air force.”

Wednesday’s report, the 14th by the commission since it was set up by the U.N.’s Human Rights Council in 2011, covers little more than four months, from March to early July. The report is based on information retrieved from satellite images, video, photos, medical records, and over 300 interviews.

“The commission finds that there are reasonable grounds to believe that Syrian forces attacked Khan Sheikhoun with a sarin bomb at approximately 6.45 a.m. on 4 April, constituting the war crimes of using chemical weapons and indiscriminate attacks in a civilian inhabited area,” the report said.

The commission said the Khan Sheikhoun chemical attack killed at least 83 people and wounded 293. It was among four chemical attacks the commission tallied over the span of its investigation — including the use of “weaponized chlorine” in three other locations.

The report, which also documents violations by al-Qaida’s branch and other terror groups in Syria, said the commission is gravely concerned about the impact of coalition air strikes on civilians in Raqqa, where U.S.-backed Syrian forces are battling IS. It also accused U.S. forces of failing to take all feasible precautions to protect civilians when attacking a mosque near Aleppo in March.

The report comes as Assad’s forces have advanced on a number of fronts against IS and other insurgent groups. De-escalation zones set up by Russia, Iran and Turkey have meanwhile sharply reduced the fighting in some areas.

Syrian government forces, backed by Russian and Iranian firepower and troops, on Tuesday broke a nearly three-year Islamic State siege of parts of the eastern city of Deir el-Zour.

Syrian activists on Wednesday said fierce fighting is underway between pro-government forces and IS terrorists around a garrison in Deir el-Zour, after an IS counterattack late Tuesday involving multiple suicide bombings. The fighting was centered around the military base of the 137th Brigade on the outskirts of Deir el-Zour, where the siege had been breached the day before.

The advance of government forces in Deir el-Zour was a breakthrough against the terrorists for Assad and his Russian and Iranian allies, and could soon provide relief for tens of thousands of civilians besieged by IS since early 2015.

The commander of the Russian forces in Syria said Russian jets have carried out more than 2,600 airstrikes in the past two weeks to support the government’s efforts to drive IS from Deir el-Zour.