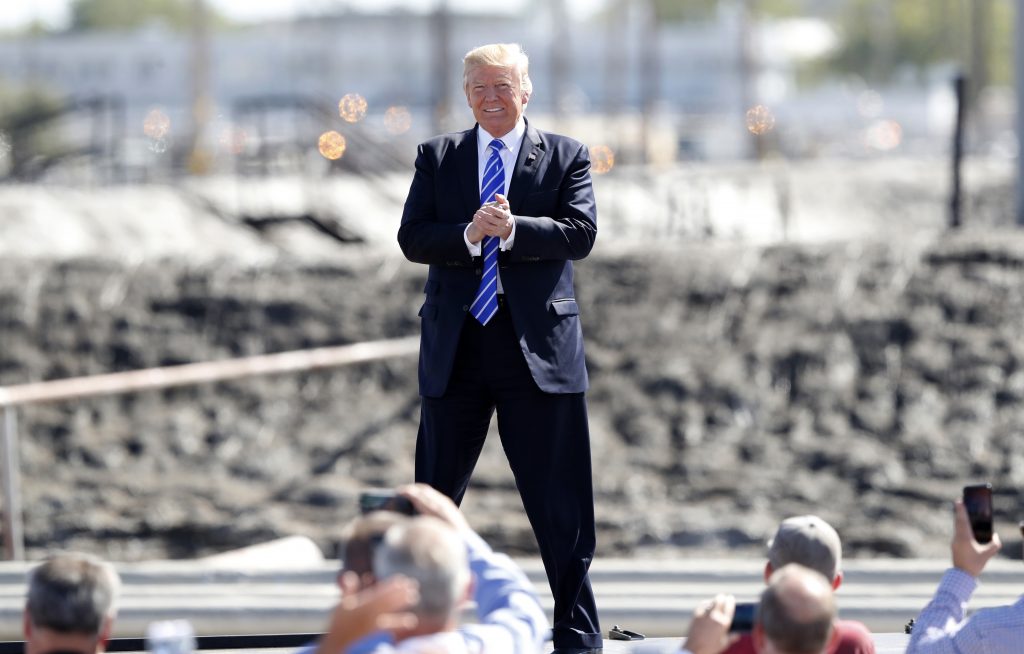 The White House says the American Red Cross, Salvation Army, Samaritan’s Purse and Reachout America will share $800,000 of the donation.

The Trumps are giving $25,000 each to the American Society for the Prevention of Cruelty to Animals, Catholic Charities, Direct Relief, Habitat for Humanity, Houston Humane Society, Operation Blessing, Portlight Inclusive Disaster Strategies and Team Rubicon.

White House spokeswoman Lindsay Walters says the Trumps saw the work that some of these groups are doing during their trips to the region.

The White House first said last week that Trump wanted to make a donation and asked journalists for suggestions on where the president should direct his contributions.