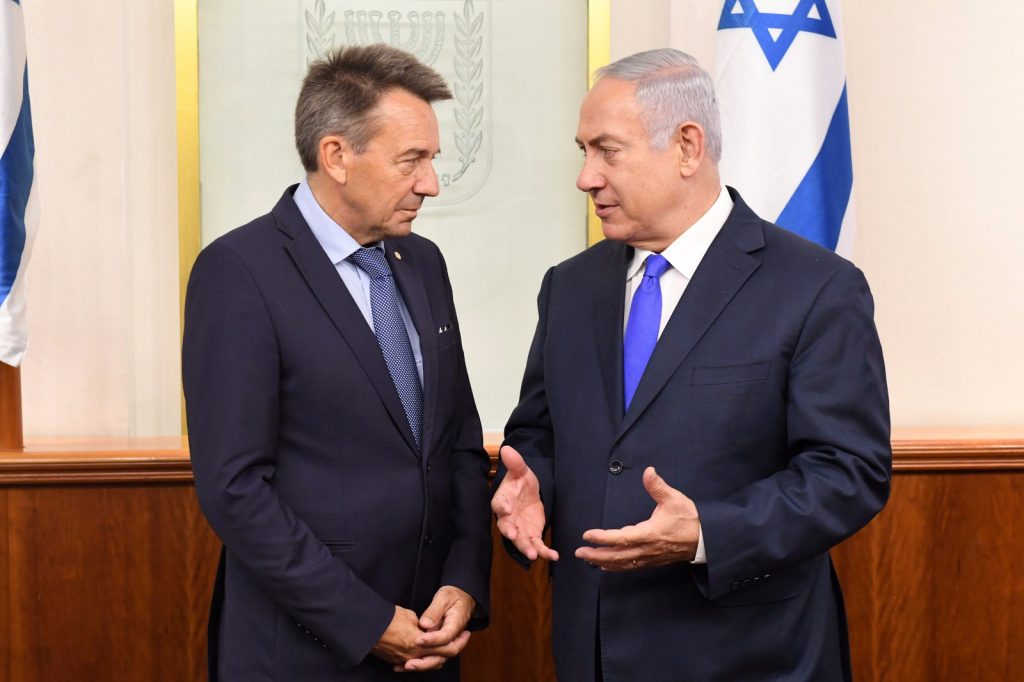 Prime Minister Binyamin Netanyahu expressed his appreciation to International Committee of the Red Cross (ICRC) President Peter Maurer for his efforts to gain access to Israelis held captive by Hamas.

Netanyahu told the ICRC president that he has come at a time when Israel is concerned about the unbelievable cruelty as the bodies of its slain soldiers are kept hidden, and even information about them is not divulged; and — no less important — innocent, defenseless civilians are being held in Gaza.

He noted that ICRC Pres. Maurer sought to visit them, and pointed out that Israel has sought information about them, only to be rebuffed.

Netanyahu said that Israel has seen a very decent and very open relationship between the Red Cross and Israel that is very valuable for the Red Cross, for Israel and for peace.&

Maurer replied that the Red Cross has been in the region for a long time and that this was one of its longest-running operations. He added that whereas the Red Cross has a mandate under international law, it also had a mandate to help people and find practical ways [to this end]. He noted that he was looking forward once again toward having the opportunity to look into some of the challenges that everyone is currently confronted with and to see how the ICRC can eventually help with them.&

Prime Minister Netanyahu declared that he was sure that the ICRC could, both in retrieving the bodies of Israel’s fallen soldiers and in bringing back to Israel the defenseless, helpless civilians who are being held by Hamas in contravention of all international norms and the ideals that the Red Cross was established for.