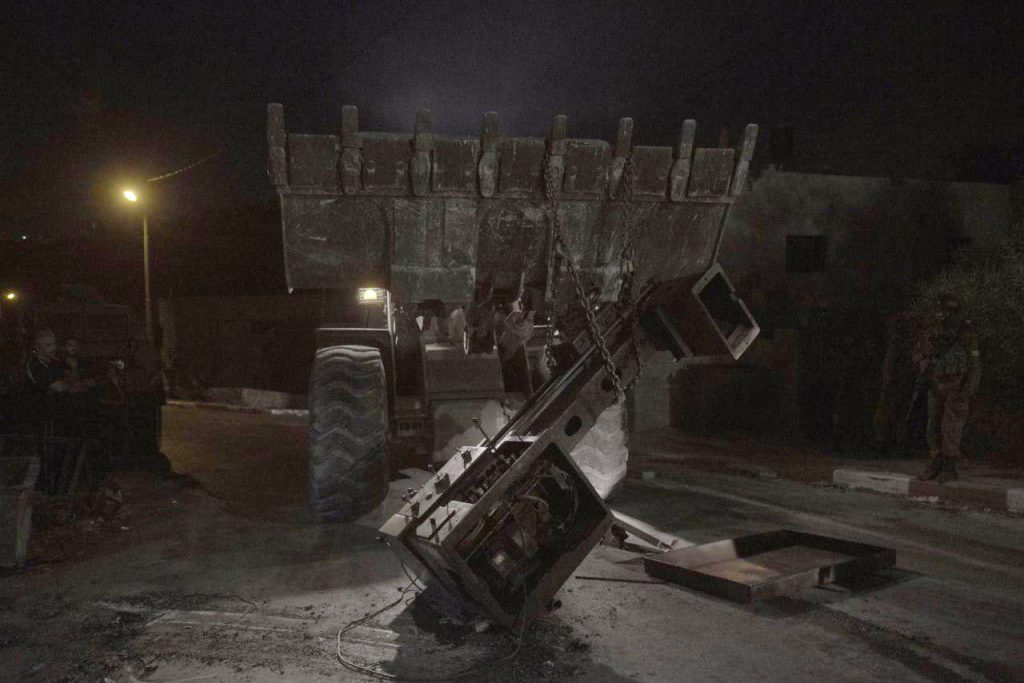 Israel continued its campaign against illegal weapons in Palestinian Authority-controlled areas of Yehudah and Shomron. IDF soldiers and Shin Bet agents overnight Tuesday shut down a workshop for the manufacture of arms near Jenin. The workshop produced dozens of weapons a year, and included several large metal cutting machines, along with dozens of weapons in various stages of manufacture. Soldiers confiscated the equipment and weapons, and made several arrests.

IDF soldiers also confiscated cash and goods given to families of terrorists who carried out attacks against Israelis. Thousands of shekels and several vehicles were removed overnight Tuesday from the homes of terrorists in the Chevron area. The source of the money was from Hamas, and had been given to the families as payment for the terror activities of a member of the family. The money and vehicles were confiscated.