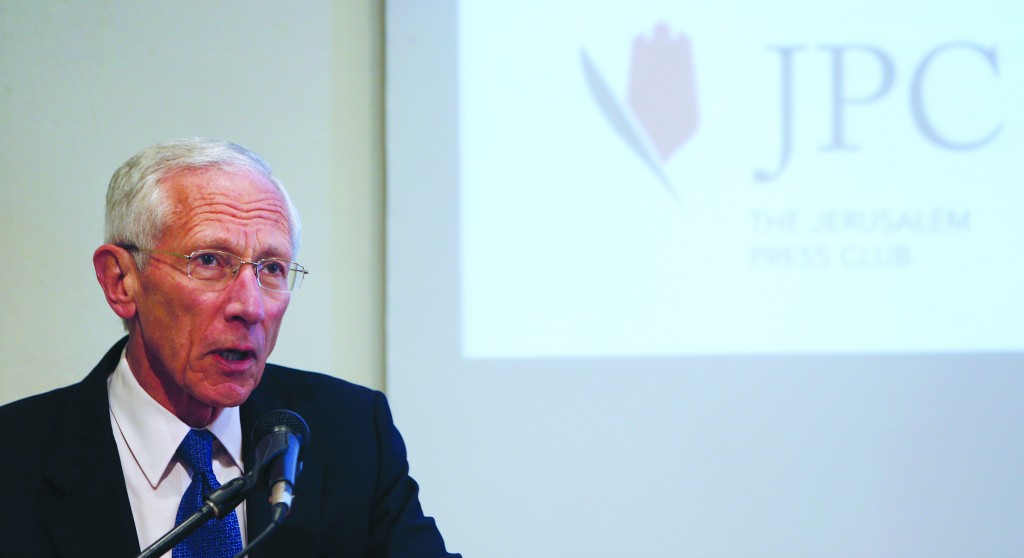 Federal Reserve Vice Chairman Stanley Fischer will resign next month for personal reasons, leaving a fourth vacancy on the seven-member Fed governing board.

Fischer is a widely-respected economist who taught at MIT and was head of the Bank of Israel for eight years. His unexpected departure adds to a leadership vacuum at the top of the Fed as it navigates a difficult path. Fischer, 73, was a close confidant of Fed Chair Janet Yellen, whose own term ends in February

The U.S. central bank is slowly raising interest rates as the economy grows and unemployment falls. Yet inflation remains below the Fed’s target, complicating its future course.

Fischer has been a member of the Fed’s Board of Governors since May 2014. His term as vice chairman was set to expire next June. In a letter to the Fed, he said his resignation would occur on or around Oct. 13.

His resignation will provide President Donald Trump with another opportunity to reshape the Fed. Trump has nominated Randal Quarles for one of the vacancies, as vice chairman for bank supervision.

Quarles’ nomination is scheduled to be voted on by the Senate Banking Committee on Thursday. All nominations to the Board of Governors require Senate confirmation.

Diane Swonk, chief economist at DS Economics and a longtime Fed watcher, said Fischer’s resignation could make it more likely that the Trump White House will simply re-nominate Yellen, rather than naming a new Fed chair.

Congress already faces a crowded agenda this fall: It needs to raise the country’s borrowing limit, reach a budget agreement to keep the government operating, and it plans to take up complicated tax reform.

“It would be easier to keep her around,” Swonk said. “You’re talking about a lot of turnover when uncertainty about Fed policy is already high.”

Trump criticized Yellen’s low-interest rate policies during the campaign but has tempered his comments since the election.

Last month in an interview, Trump said he was considering either re-nominating Yellen for a second term as Fed chair or replacing her. One potential candidate was Gary Cohn, a former top executive at Goldman Sachs, who now lead’s Trump’s National Economic Council.

In the interview with The Wall Street Journal, Trump said he had a “lot of respect” for Yellen and would consider asking her to serve another term. But he also said he was still considering other candidates.

Yellen has said she intends to serve out her current term but has declined to say whether she would consider serving another term.

Reports earlier this year suggested that a leading candidate for one of the other vacant slots is Marvin Goodfriend, an economics professor at Carnegie Mellon University in Pittsburgh.

Goodfriend, 66, worked for more than 20 years at the Richmond Fed and is seen as a leading hawkish voice on monetary policy. In congressional testimony in March, he endorsed a move being pushed by Republican lawmakers to require the Fed to follow a rules-based approach to setting interest rate policy.

That could make it harder for the Fed in the future to slice interest rates to ultra-low levels, as it did in 2008 and 2009, amid the financial crisis and Great Recession.

Another potential nominee for a board seat is Robert G. Jones, the chairman and chief executive of Old National Bancorp. The bank is headquartered in Indiana, Vice President Mike Pence’s home state.