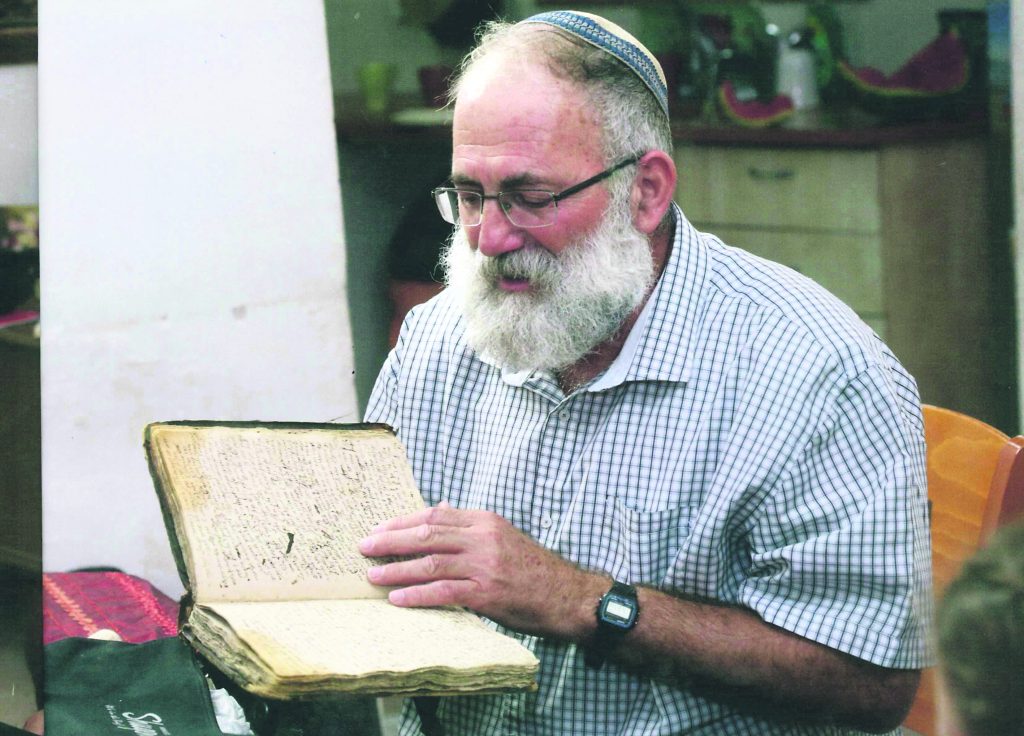 Mati Dan, chairman of Ateret Cohanim, is passionate about the need for the religious public to raise its voice on maintaining the integrity of the Kosel. He has been working tirelessly behind the scenes to foil attempts by Women of the Wall to create provocations at the Kosel and to give the Chief Rabbinate the standing it deserves in court on all questions relating to the holy site.

In an interview with Hamodia, he analyzed the significance of last week’s High Court ruling on petitions aimed at forcing the government to implement a deal with the Reform to give them autonomy over parts of the Kosel, and explained where things will go from here.

Dan rejects any compromise with the Reform, and argues that those who promote such compromise out of fear that otherwise the High Court of Justice will impose draconian measures aren’t reading the political map correctly.

“We’ve gotten this far thanks to the steadfastness of the Chief Rabbis, but we need the involvement of Rabbanim all over,” he says. “World Jewry must turn to Israel’s public representatives and insist that they stand firm.”

What’s the significance of last Thursday’s Supreme Court ruling on whether the Reform should be given space at the Kosel, with autonomous control over what happens there?

The court didn’t deal with the central issue, which is whether it has the authority to rule on anything to do with the Kosel since it is a holy site that is under the exclusive jurisdiction of the Rabbinate. Instead, it simply criticized the decision-making of the government — namely that last year it agreed to mixed-gender prayer in the Kosel plaza area, and this year it “froze” the decision.

The ruling was essentially the following question that the court put to the government: Do you intend to stick to your refusal to implement the Kosel arrangement reached last year? If so, what makes you think we can’t force you to?

It doesn’t sound too bad.

The lawyers we consulted with see the ruling in a positive light. They say the chances that the court will force the government to implement the old plan are small.

All in all, we’re cautiously optimis­tic. The court didn’t go overboard; it expressly said that it had no intention of coming up with its own plan for the Kosel.

The bottom line is that the court can’t force the government to implement the plan that was frozen.

What do you mean? We just saw the court force the government to change its plan for dealing with the illegal migrant problem, ruling that it can’t hold illegals for more than two months and that it can only deport them with their consent.

Yes, but those are questions relating to legal and civic rights. These are religious issues.

The court knows that the public will not accept its intervention at the Kosel, and that all of the tumult and disgraceful clashes at the holy site today are due to earlier court rulings. If it had not intervened in the past there would be quiet today, but the court decided that the Women of the Wall should have 11 opportunities a year, on Rosh Chodesh, to conduct their services as they see fit.

But the court is cautious. It knows that the public feels very passionately about this issue, and the more passionate the public is, the more it shows concern, not indifference, the more the court will understand that it’s not worth it to get caught up in this issue, because it will only hurt the court’s public standing.

The Kosel is a religious site of the highest order and, as such, only the Rabbinate can decide what’s permitted there.

It’s important to understand that the court never gave permission to the Reform or Conservative to hold services at the Kosel, but to the Women of the Wall, who cast themselves as Orthodox. Even they were never given permission to hold their services in the main Kosel plaza, but at the upper Kosel, near the parking lot. The court stated explicitly that the Women of the Wall should not be permitted to offend the sensibilities of the Orthodox public at the Kosel.

We are furious with those in charge who allowed them to violate the court ruling and come down to the main plaza.

Where do we go from here? The government will say it hasn’t changed its mind about freezing the mixed-gender plan. What then?

The government will have to explain why the court has no authority to force it to implement the plan, and then all the sides will respond.

It’ll be back in court by the end of the month, and then we’ll see what the justices have to say.

At the same time, there are going to be separate judicial hearings on whether the government had any right to reach an agreement with the Reform to start with. As they did so without consulting the Rabbinate, it is questionable whether the agreement was legally binding.

In the coming days, the government is supposed to respond to our petitions. Our claim is that the prime minister can make all the proclamations he wants about the need for mixed-gender services at the Kosel, but on what basis does he commit funds to create a pluralistic plaza? Who authorized him to do so?

He is not a religious authority. He cannot do any of this without the approval of the Chief Rabbinate.

There is a lot of confusion here. Most people don’t know the details. They don’t know what really stands behind the rulings. But one thing is clear: If the public wakes up, we will eventually win.

There are all kinds of people who sow hopelessness. They say if we don’t compromise, the High Court will intervene and force mixed-gender services at the main Kosel plaza itself. This is what infuriates us. It isn’t true; it’s an attempt to frighten, to blackmail us into making concessions.

When the government wants to, it knows how to bypass High Court rulings. Why as regard the Kosel does the High Court suddenly have the final word?

We have nothing else to say on the subject? The story is over?

There needs to be public pressure. Look at what we’re seeing at the Kosel already now. We’re bringing 1,000 people every Rosh Chodesh — it costs us a fortune — and when you bring 1,000 people with megaphones that changes the atmosphere; you can’t even hear the Women of the Wall.

They come in order to sing out loud and chase the men away. But if we have a large public… we mustn’t give up.

More court decisions are on the way; they use salami tactics. Therefore the public struggle at this time is critical. The chareidi public, the national-religious, anyone who has even the smallest connection to the Ribbono shel Olam and to kedushah must wake up. We can’t stand by on the sidelines.

And the main point is that the Kosel is a holy site that is under the exclusive jurisdiction of the Rabbinate, not the government and not the courts?

This is what our attorney, Doron Taubman, argued before the court.

The biggest achievement, which took tremendous siyatta DiShmaya, is that the Chief Rabbis were allowed their own legal representation before the court. The prosecution fought it, and protested that their lawyer should not even be allowed to put on the traditional lawyer’s cloak and have standing in the courtroom.

This laughable attempt to prevent the Chief Rabbis from being represented — against the government and the courts — was more than a little insulting. But the Chief Rabbis, Harav (David) Lau and Harav (Yitzchak) Yosef, have stood strong against all kinds of political pressures. It isn’t easy to tell the prime minister that he has no authority to make decisions at the Kosel, even if he is under pressure from elements of world Jewry.

We’ve gotten this far thanks to the steadfastness of the Chief Rabbis, but we need the involvement of Rabbanim all over. World Jewry must turn to Israel’s public representatives and insist that they stand firm and not give in to fears that the court will impose draconian solutions.