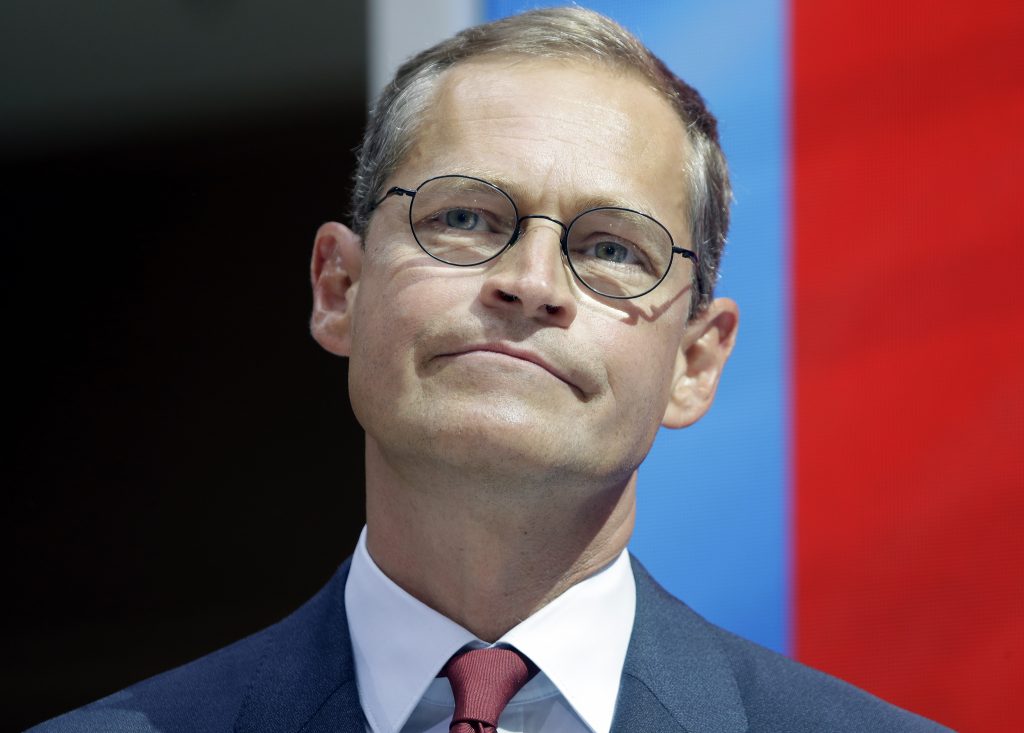 The mayor of Berlin has pledged to take a tougher stance against the BDS and other anti-Israel and anti-Semitic activities in the city, the Jerusalem Post reported on Wednesday.

Mayor Michael Müller’s statement that the municipality cease making funds and venues available to BDS came in response to months of pressure from Jewish groups in Germany and abroad to take action against the venomous anti-Israeli agitation.

Müller declared that “BDS stands with anti-Semitic signs in front of Berlin businesses. Those are intolerable methods from the Nazi period. We will do everything possible to withdraw money and rooms for BDS’s anti-Israel agitation.”

He also said he would take possible legal action against the “hate-driven al-Quds day march.” He said what would “be best is a ban” of the annual Iranian regime march calling for the destruction of Israel.

Existing bans on the display of Hezbollah flags at such events will be enforced, he said, promising “at a minimum, strict ordinances and prosecution of all offenses” at the al-Quds march.

Müller met on Wednesday with Josef Schuster, head of the Central Council of Jews in Germany, to discuss these issues. Schuster, who had termed the mayor’s inaction toward BDS “embarrassing” for Berlin, welcomed the change.

Among those lobbying the mayor to take action against BDS was the Simon Wiesenthal Center, which said last week that the mayor might find himself on its list of the 10 worst cases of anti-Israel and anti-Semitic activity in 2017.

The associate dean of the Simon Wiesenthal Center, Rabbi Abraham Cooper, told the Post that Mayor Mueller is “mainstreaming the BDS movement that never contributes to the daily life of Palestinians. BDS is widely recognized as anti-Semitic.”

Cooper said Mueller’s counterparts in Frankfurt and Munich recognize the problem and are imposing bans on city support for BDS activities.