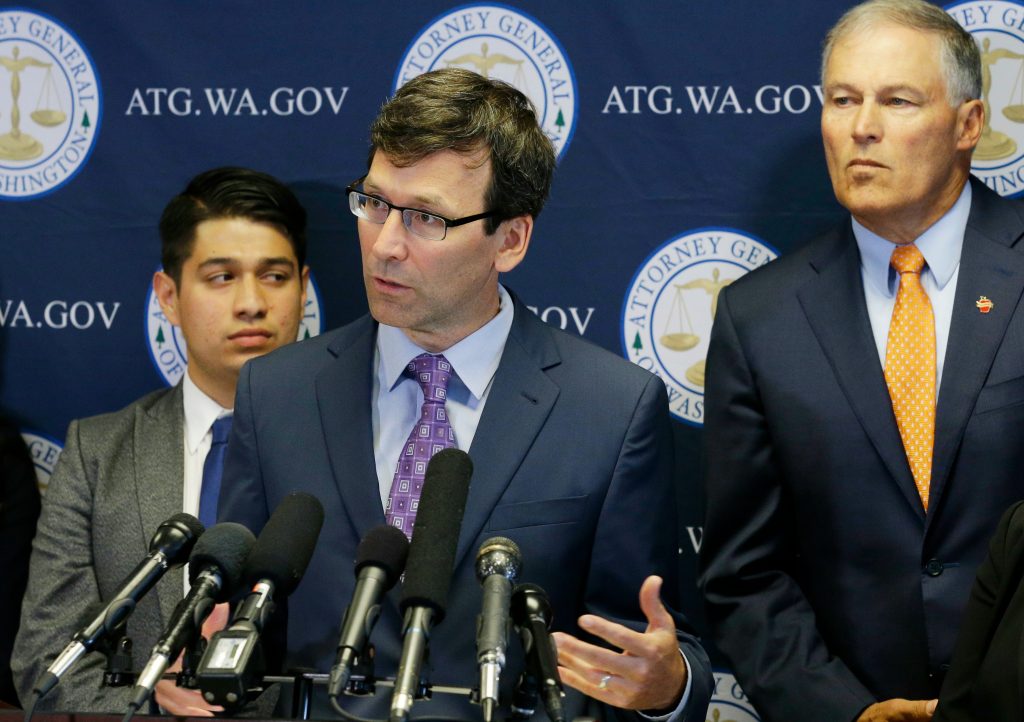 On Tuesday, Attorney General Jeff Sessions said a program, known as the Deferred Action for Childhood Arrivals or DACA, will end in six months to give Congress time to find a legislative solution for the immigrants.

The participants were brought to the U.S. illegally as children or came with families who overstayed visas.

Those already enrolled in DACA remain covered until their permits expire. If their permits expire before March, 5, 2018, they are eligible to renew them for another two years as long as they apply by Oct. 5. But the program isn’t accepting new applications.

Washington Attorney General Bob Ferguson said the action violates the due process rights of the immigrants. He said he fears the information the immigrants provided the government to participate in DACA could be used against them.

“It’s outrageous, it’s not right,” an emotional Ferguson said at a news conference in Seattle. “As attorney general for the state of Washington, I have a hammer; it’s the law.”

Washington Gov. Jay Inslee joined Ferguson at the news conference and said “this is one more of a long train of abuses that this president has attempted to foist on this great nation.”

Earlier this year, Ferguson sued Trump over his travel ban, which resulted in a federal judge blocking nationwide enforcement.