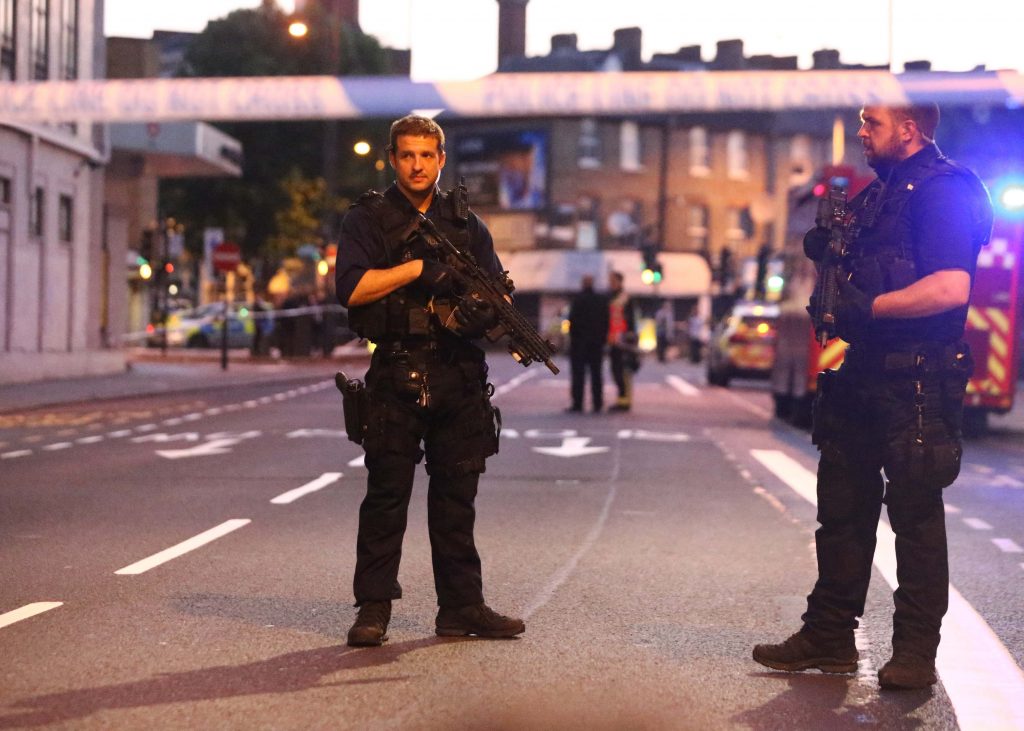 Four men suspected of belonging to a banned far-right group and planning terrorist attacks were arrested in Britain on Tuesday, police said.

The men, aged 22 to 32, were detained on suspicion of being involved in the commission, preparation and instigation of acts of terrorism and of being members of the group National Action.

The neo-Nazi organization became the first far-right group to be outlawed in Britain last year after the murder of member of parliament Jo Cox, whose killing the group had praised.

The four arrests were made by counterterrorism officers in the English cities of Birmingham, Ipswich and Northampton and in Powys, Wales.

“The arrests were preplanned and intelligence-led; there was no threat to the public’s safety,” West Midlands Police said.

Britain is on its second-highest threat level, “severe,” meaning an attack is highly likely. Suspected Islamic terrorists have killed 35 people this year in attacks in London and Manchester, and a man died in June after a van was driven into worshipers near a London mosque.

Last month, a senior police chief said the number of referrals to the authorities about suspected right-wing extremists had doubled since the murder of Cox, who was killed in June last year by a loner obsessed with Nazis and white supremacist ideology.