State to Court: No Need to Violate Staus Quo on Shabbos Bus Service 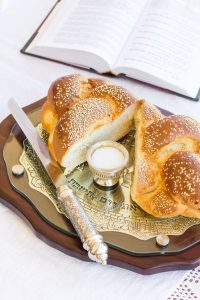 If buses don’t run on Shabbos, it’s because there is no need for them to run on Shabbos, the state told the High Court Tuesday. In its response to petitions to show cause why it does not actively serve the needs of groups and individuals who need to and/or want to travel on Shabbos, lo aleinu, the state, in the name of the Transport Ministry and the supervisor of public transportation, said that bus companies or local authorities have the right to request that lines be established for Shabbos bus service. “Individuals can also request that lines be operated on Shabbos,” the state said in its response. “The fact that there are no lines running to hospitals and the like means that there is no demand for this.”

The state mentioned hospitals in its response because the petition filed by those demanding that the Ministry allow transportation on Shabbos — led by Meretz MK Tamar Zandberg — said that the state should authorize bus lines to take patients to hospitals on Shabbos, as this was an “important need” and could even be deemed “pikuach nefesh.” The petition also asked why the state does not establish bus lines in Israeli cities for the benefit of Arabs, who do not keep Shabbos.

In response, the state said that if there were any need for such transportation, it would be for hospital workers — and today all hospitals have private transportation vans that can take workers to their institutions as needed. None of the needs presented in the petition warrant violating the long-standing status quo, in which buses do not run on Shabbos, the government said. As far as Arabs are concerned, the state said that buses do run in many Arab cities in Israel, and that there was no need for inter-city transportation on Shabbos, as places of work where Arabs might travel are largely closed.