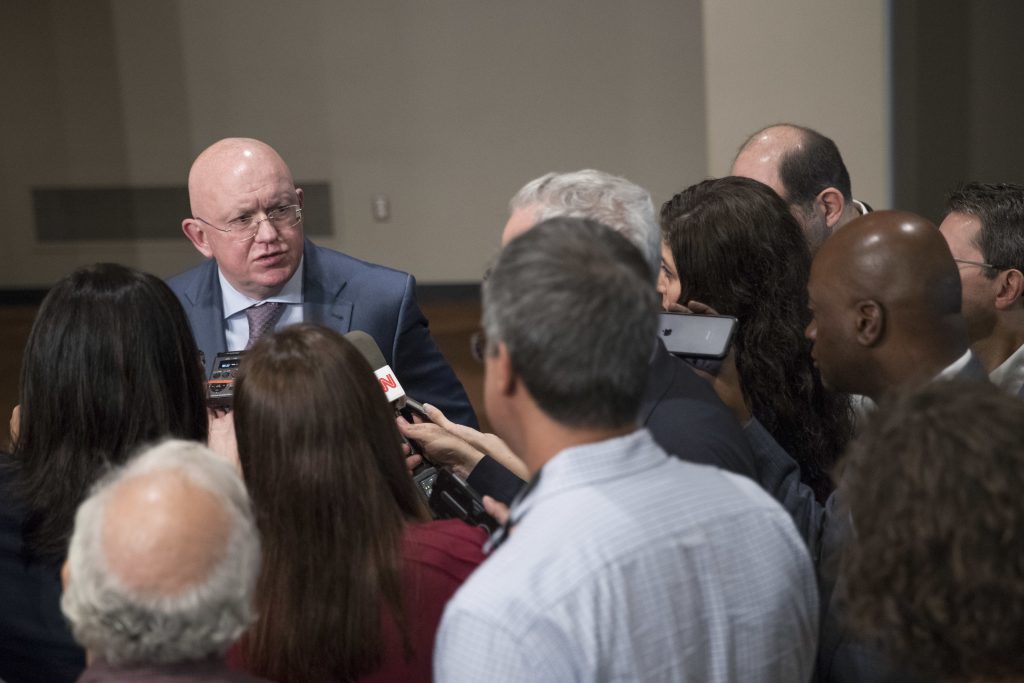 Russia’s U.N. ambassador says that despite good intentions, sanctions against North Korea aren’t working, and Moscow wants a new U.N. resolution to focus more on a political solution of the crisis over North Korea’s nuclear and missile programs.

Vassily Nebenzia said Russia wants a reference to the need for political dialogue based on recent initiatives.

He told reporters at U.N. headquarters on Tuesday that the only initiative currently on paper is a Chinese–Russian proposal that would halt North Korea’s nuclear and missile tests in exchange for the U.S. and South Korea halting their joint military exercises.

But Nebenzia said Russia would welcome other initiatives, noting that the Swiss have offered to mediate, and “if that works, I’ll be happy.”

Nebenzia called that date “a little premature” and stressed that a military option should be “ruled out of any discussions.”

He said possible new economic sanctions would affect ordinary Koreans, not the nuclear or missile programs.

Earlier, Russian Foreign Minister Sergey Lavrov has urged U.S. Secretary of State Rex Tillerson “not to give in to emotions and show restraint” when dealing with North Korea.

The Russian foreign ministry said in a statement that Lavrov told Tillerson in a phone call on Tuesday that political and diplomatic tools should be used to find a peaceful solution to the North Korean nuclear crisis.