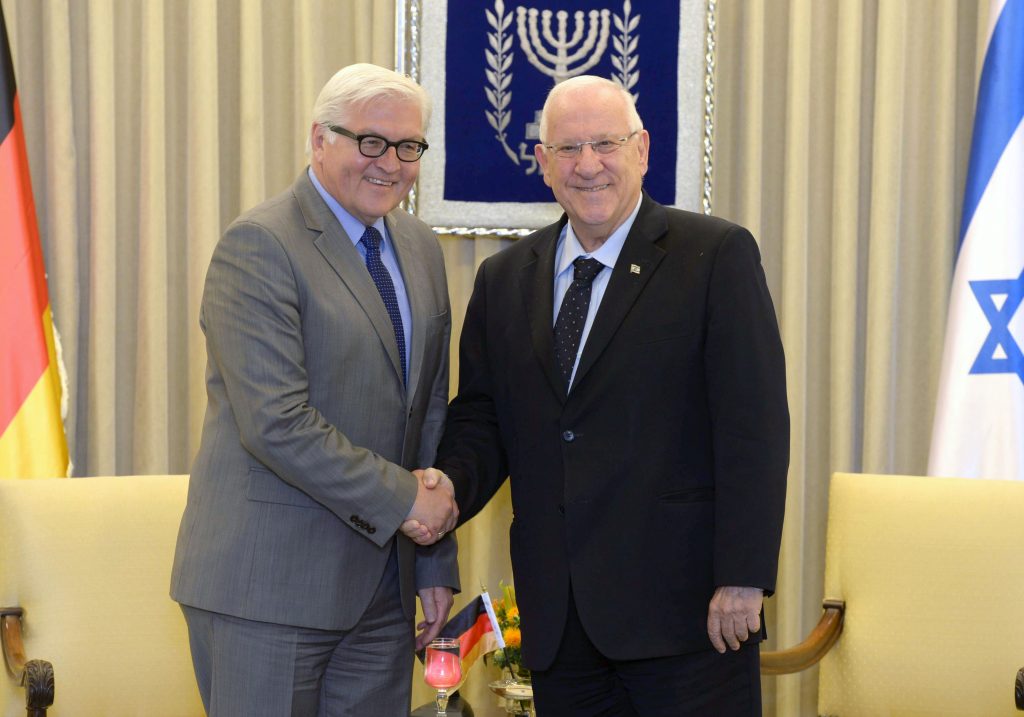 President Reuven Rivlin departs Tuesday evening for Munich where he will participate in the inauguration of a memorial to the 11 Israeli athletes, Hy”d, murdered there by PLO terrorists in the 1972 Olympics.

Rivlin was invited by German President Frank-Walter Steinmeier, who together with Minister-President of Bavaria Horst Seehofer who initiated the event, will accompany President Rivlin in the ceremony marking 45 years since the attack.

“Forty-five years after the massacre, international terrorism continues to threaten and strike innocent civilians. There are still those who see the massacre of the sportsmen as an heroic act,” said the Israeli president before departing. “The center which we will inaugurate must carry a message for the whole world: There can be no apologizing for terror. Terror must be condemned unequivocally, everywhere. In Barcelona, in London, in Paris, in Berlin, in Jerusalem, everywhere. We, the international community, must stand united in the struggle against terror, determined to fight and defeat it.”

At the ceremony on Wednesday, representatives of the bereaved families will unveil a memorial wall, and after a minute’s silence in memory of the victims, Ilona Romano, widow of victim Yossef Romano, Hy”d, will address the event.

Rivlin will address the memorial ceremony to the victims of the Munich attack. Also speaking will be President of Germany, Minister-President of Bavaria, the Mayor of Munich, and President of the International Olympic Community, and Ankie Spitzer, widow of victim Andre Spitzer, Hy”d.

During his visit, Rivlin will also be holding meetings with German leaders. On Wednesday, he has scheduled a working meeting with Minister-President of Bavaria Horst Seehofer.

The president and his wife depart for Berlin in the evening for the second leg of the trip.