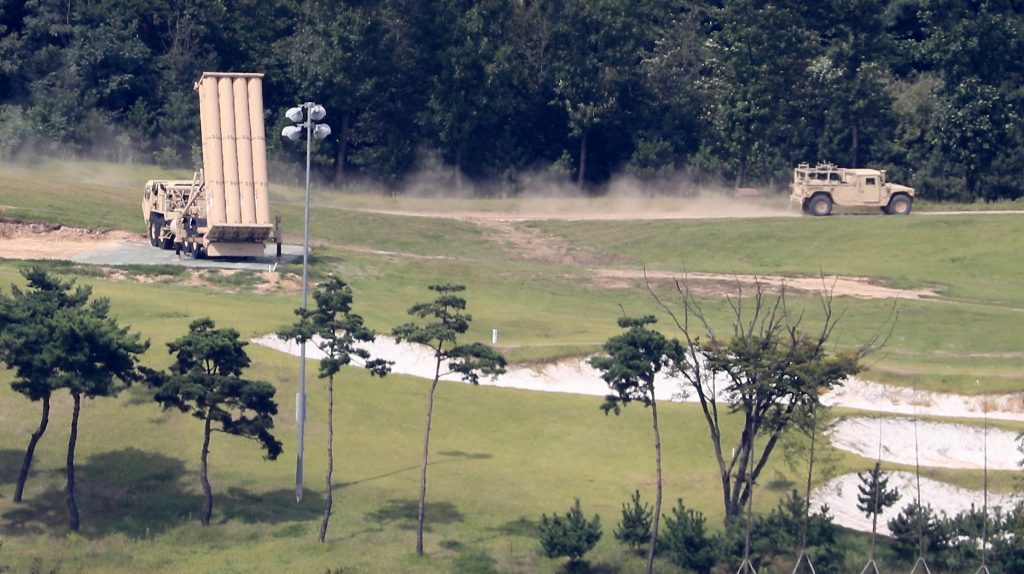 South Korea said on Tuesday an agreement with the United States to scrap a weight limit on its warheads would help it respond to North Korea’s nuclear and missile threat after it conducted its sixth and largest nuclear test two days ago.

South Korean officials believe more weapons tests by the reclusive state are possible, despite international outrage over Sunday’s nuclear test and calls for more sanctions against it.

South Korea’s Asia Business Daily, citing an unidentified source, reported that North Korea had been observed moving a rocket that appeared to be an intercontinental ballistic missile (ICBM) toward its west coast.

The rocket started moving on Monday and was spotted moving only at night to avoid surveillance, the newspaper said.

South Korea’s Defense Ministry, which warned on Monday that North Korea was ready to launch an ICBM at any time, said it was not able to confirm the report.

Analysts and South Korean policymakers believe North Korea may test another weapon on or around Sept. 9, when it celebrates its founding day. North Korea’s fifth nuclear test fell on that date last year, reflecting its tendency to conduct weapons tests on significant dates.

North Korea says it needs to develop its weapons to defend itself against what it sees as U.S. aggression.

South Korea, after weeks of rising tension, is talking to the United States about deploying aircraft carriers and strategic bombers to the Korean Peninsula, and has been ramping up its own defenses.

The United States and South Korea signed a pact in 1979, a year after the South successfully tested a ballistic missile, with Washington expressing the need for limits on ballistic-missile capability over concern that tests could undermine regional security.

South Korea and the United States are technically still at war with North Korea after the 1950-53 Korean conflict ended with a truce, not a peace treaty.

Both sides have thousands of rockets and artillery pieces aimed at each other across the world’s most heavily armed border, but the North’s rapid development of nuclear weapons and missiles has altered the balance, requiring a stronger response from South Korea, officials say.

Under current guidelines, last changed in 2012, South Korea can develop missiles up to a range of 500 miles with a maximum payload of 1,102 lb. Most of North Korea’s missiles are designed to carry payloads of 220-2,205 lb, according to Nuclear Threat Initiative (NTI), a U.S.-based think thank.

“Today’s training is being held to prepare for maritime North Korean provocations, inspect our navy’s readiness and to reaffirm our will to punish the enemy,” the official said.

U.S. Ambassador to the United Nations Nikki Haley said on Monday that North Korean leader Kim Jong Un was “begging for war” and urged the 15-member Security Council to impose the “strongest possible” sanctions to deter him and shut down his trading partners.

Haley said the United States would circulate a new Security Council resolution on North Korea this week and wanted a vote on it on Monday.

President Trump has repeatedly warned that “all options were on the table” regarding North Korea, including military options.

“Russia condemns North Korea’s exercises, we consider that they are a provocation,” Putin told reporters after a summit of the BRICS countries in China. “[But] ramping up military hysteria will lead to nothing good. It could lead to a global catastrophe.

While referring to more sanctions as a “road to nowhere,” Putin said Russia was prepared to discuss “some details” around the issue. He did not elaborate.

“I cannot tell you exact details as the minister asked me not to disclose the content of our discussion, but I could sense that China could be open to more sanctions,” Kang told lawmakers in parliament, referring to a phone call with Wang on Monday.

China’s foreign ministry said it would take part in Security Council discussions in “a responsible and constructive manner.”

Diplomats have said the Security Council could consider banning North Korean textile exports, banishing its national airline and stopping supplies of oil to the government and military. Other measures could include preventing North Koreans from working abroad and adding top officials to a blacklist aiming at imposing asset freezes and travel bans.

Sanctions imposed after missile tests in July were aimed at slashing North Korea’s $3 billion annual export revenue by a third by banning exports of coal, iron, lead and seafood.