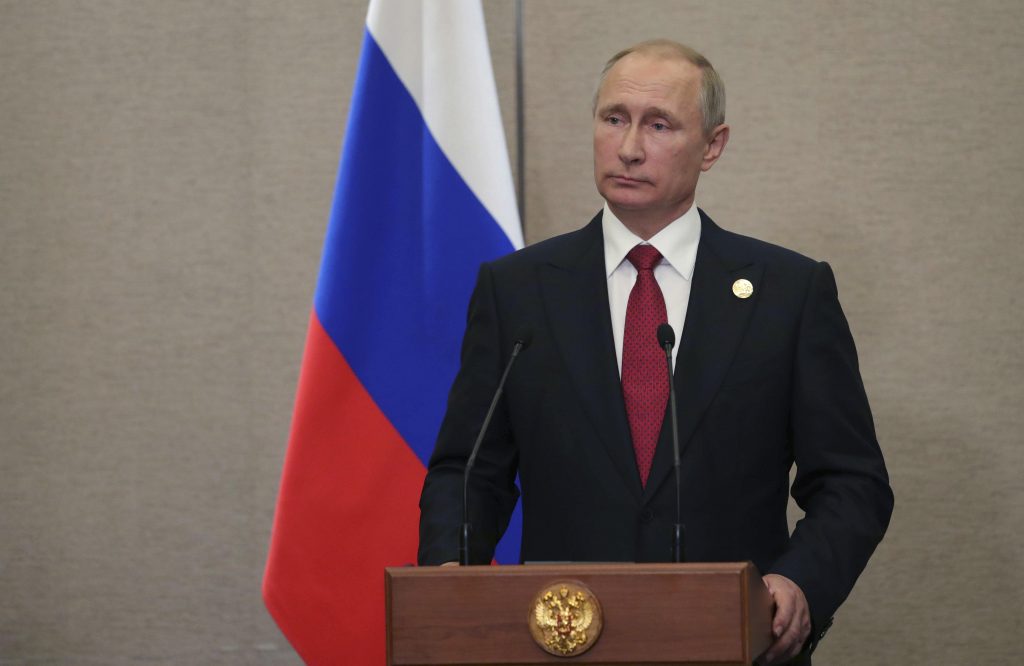 Russia reserves the right to further cut the number of U.S. diplomatic staff in Moscow, Russian President Vladimir Putin said on Tuesday, in response to what he called Washington’s “boorish” treatment of Russia’s diplomatic mission on U.S. soil.

“That the Americans reduced the number of our diplomatic facilities – this is their right,” Putin told a news conference in the Chinese city of Xiamen, where he was attending a summit of BRICs nations.

“The only thing is that it was done in such a clearly boorish manner. That does not reflect well on our American partners. But it’s difficult to conduct a dialogue with people who confuse Austria and Australia. Nothing can be done about it. Probably such is the level of political culture of a certain part of the U.S. establishment.”

“As for our buildings and facilities, this is an unprecedented thing,” Putin said. “This is a clear violation of Russia’s property rights. Therefore, for a start, I will order the Foreign Ministry to go to court – and let’s see just how efficient the much-praised U.S. judiciary is.”

The U.S. order for Russia to vacate some of its diplomatic properties was the latest in a series of tit-for-tat actions that began when former President Barack Obama, late last year, expelled 35 Russian diplomats.

The Obama administration said it was retaliating for Russian meddling in the U.S. presidential election, an allegation that Moscow has denied.

In July, Moscow responded, ordering the United States to cut the number of its diplomatic and technical staff working in Russia by around 60 percent, to 455. Moscow said the move aimed to bring the number of U.S. and Russian diplomats working on each other’s soil to parity.

“We reserve the right to take a decision on the number of U.S. diplomats in Moscow. But we won’t do that for now. Let’s wait and see how the situation develops further,” he told the news conference.

The United States has ordered the closure of the Russian consulate in San Francisco and two buildings housing trade missions in Washington and New York.

President Donald Trump has said he wanted to improve ties with Russia. But relations have been damaged by accusations from U.S. intelligence officials that Russia sought to meddle in the presidential election.

U.S.-Russian relations have also been badly strained since Moscow’s annexation of Crimea in 2014 and the subsequent separatist conflict in eastern Ukraine, developments which led Washington to impose sanctions on Russia.

President Trump, himself battling allegations that his associates colluded with Russia, grudgingly signed into law new sanctions against Moscow that had been drawn up by Congress.