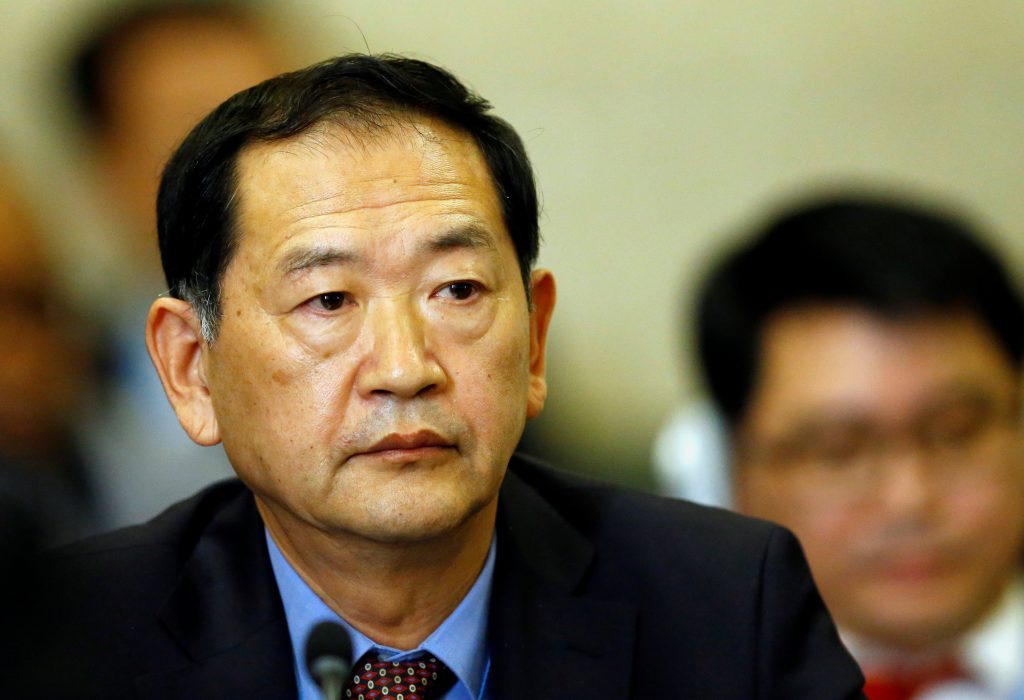 Amid international uproar over North Korea’s latest and biggest nuclear weapons test, one of its top diplomats said on Tuesday it was ready to send “more gift packages” to the United States.

Han Tae Song, ambassador of the Democratic People’s Republic of Korea (DPRK) to the U.N. in Geneva, was addressing the U.N.-sponsored Conference on Disarmament two days after his country detonated its sixth nuclear test explosion.

“I am proud of saying that just two days ago on the 3rd of September, DPRK succcessfully carried out a hydrogen bomb test for [an] intercontinental ballistic rocket under its plan for building a strategic nuclear force,” Han told the Geneva forum.

“The recent self-defence measures by my country, DPRK, are a ‘gift package’ addressed to none other than the U.S.,” Han said.

“The U.S. will receive more ‘gift packages’ from my country as long as its relies on reckless provocations and futile attempts to put pressure on the DPRK,” he added without elaborating.

Military measures being taken by North Korea were “an exercise of restraint and justified self-defense right” to counter “the ever-growing and decade-long U.S. nuclear threat and hostile policy aimed at isolating my country.”

“Pressure or sanctions will never work on my country,” Han declared, adding: “The DPRK will never under any circumstances put its nuclear deterrence on the negotiating table.”

U.S. Disarmament Ambassador Robert Wood said that North Korea had defied the international community once again with its test.

“We look forward to working with our partners in the [Security] Council with regard to a new resolution that will put some of the strongest sanctions possible on the DPRK,” he told the conference.

“Advances in the regime’s nuclear and missile programe are a threat to us all … now is the time to say tests, threats and destabilizing actions will no longer be tolerated,” Wood said.

“It can no longer be business as usual with this regime.”

The White House said on Monday that President Donald Trump had agreed “in principle” to scrap a warhead weight limit on South Korea’s missiles in the wake of the North’s latest test.

The United States accused North Korea’s trading partners of aiding its nuclear ambitions and said Pyongyang was “begging for war.”