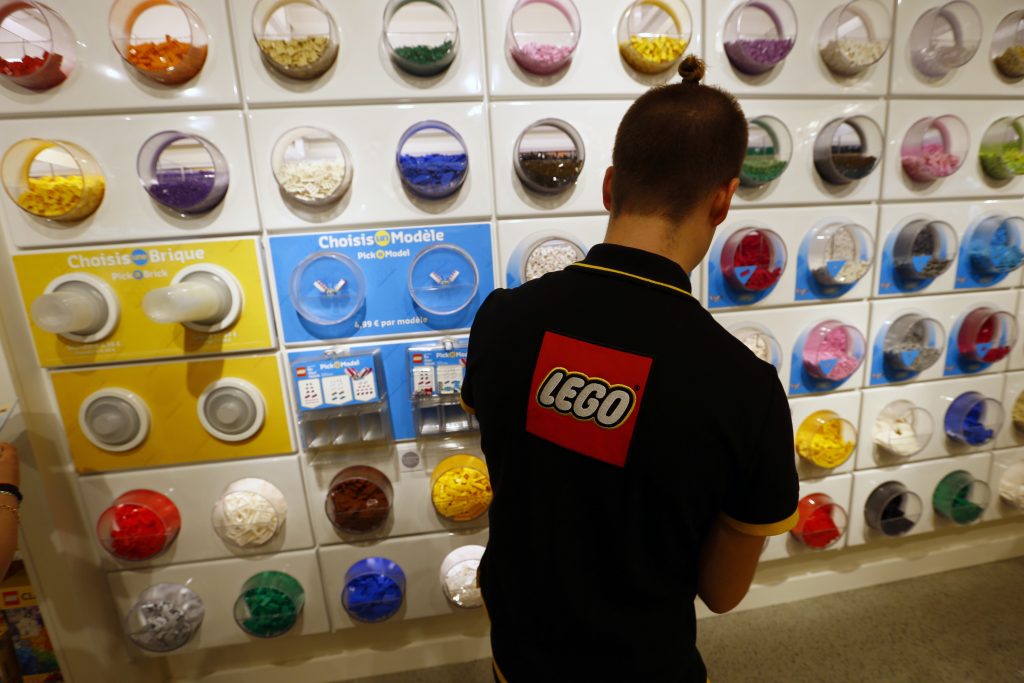 For Lego, it’s time to break down the blocks and start again.

After building up sales aggressively since a near bankruptcy in 2004 through new ventures like films and new toy lines, the company seems to have hit a peak. Its sales are now falling for the first time in 13 years, and it says it needs to simplify its operations.

That means cutting 1,400 jobs, or eight percent of its global workforce.

The privately held Danish firm said Tuesday that it “now prepares to reset the company,” with a new CEO due to take over in October.

“We will build a smaller and less complex organization than we have today, which will simplify our business model in order to reach more children,” said Chairman Joergen Vig Knudstorp.

Revenue dropped 5 percent in the first six months of the year, to 14.9 billion kroner ($2.4 billion), mainly as a result of weaker demand in key markets like the U.S. and Europe, where sales had risen strongly for years. Profits slipped 3 percent to 3.4 billion kroner ($544 million).

Classic toy lines, such as “Lego City,” did well.

But revenue in other lines did not do as well, with investments in some new products not yielding the desired benefits.

Analysts said that while the revenue drop was disappointing, it had to come at some point after years of growth.

“You hit a peak,” said Jim Silver, the CEO and editor in chief of toy review site TTPM. “Nothing keeps going up like that.”

Silver said the company grew rapidly as it launched new products, such as its Lego Friends line aimed at girls.

But the traditional toy industry is as a whole coming off a strong few years driven by innovation and a boom in interest in collectibles.

Vig Knudstorp said the long-term aim is to get sales growing again in Europe and the United States and noted opportunities “in growing markets such as China,” where sales were up by double digits so far this year.

The company, he said, needs to simplify its business model to reduce costs. Especially since 2012, the group has been adding new businesses as it embarked on ventures like films.

“We have added complexity into the organization, which now in turn makes it harder for us to grow further,” Vig Knudstorp said.

He said that while Lego will try to engage kids and parents through online products, such as digital social platforms and coding sets, the physical plastic toy blocks remain the focus.

“The brick is the heart of our business,” Vig Knudstorp said.

He told Denmark’s TV2 station that staff cuts would mainly affect administration and sales, not production.

Lego, which currently has 18,200 employees, does not release quarterly figures.