The Israeli Supreme Court and the Western Wall 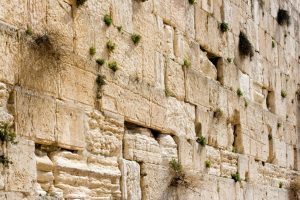 On Thursday, August 31, the Israeli Supreme Court held yet another hearing on the battle over religious control of the Kosel HaMaaravi. The Israeli Government had negotiated a deal allowing for an expanded egalitarian prayer in an area south of the Robinson’s Arch in January of 2016. A year later, the Supreme Court gave the Government 30 days to show “good cause” as to why women should not be allowed to read from the Torah at the Kosel, ruled that the Robinson’s Arch area, as it stands, does not constitute equal access to the Kosel, and that bodily searches of women coming to the Kosel Plaza should be stopped, aside from those that are part of normative security checks. The government responded in the spring of 2017 by freezing the agreement of 2016. This led to a hysterical reaction by the American liberal Jewish movements and Federations, threatening to withhold funds and lobby the U.S. Congress unless their demands for religious egalitarianism were met.

Against this background, the Supreme Court held its recent hearing. The liberal Jewish groups both from Israel and America told the Court that they will no longer agree to the 2016 compromise, because the separate egalitarian area south of Robinson’s Arch is not part of the “real” Kosel, and that they would only agree to a plan where the mixed prayer area was part of the Kosel itself.

The Rabbanut also petitioned the Court, arguing that the Court lacked jurisdiction over the Jewish Holy sites and issues of Jewish law. They presented precedents dating back to the British Mandate. They argued that the Court would not intervene in the religious affairs of the Christian or Moslem communities, nor would it opine on an egalitarian manner of traditional prayer at the Church of the Holy Sepulcher or the Al-Aqsa Mosque. They also noted that the liberal Jewish movements don’t claim a religious obligation to have mixed prayers, they just prefer it and are demanding that preference.

Following the proceedings, Israel’s Agriculture Minister, Uri Ariel (Bayit Yehudi), blasted the decision. According to Arutz Sheva, he said: “Today’s Supreme Court hearing is unbelievable, because the Reform movement announced that they are not capitulating and they reject the government’s outline (the 2016 agreement) and therefore the judges should have dismissed the petition immediately.” Aside from legal technicalities, the Court never addressed the arguments brought forth in the 166-page brief submitted by the Rabbanut. They only discussed whether the Rabbanut had standing in the case. Unbelievably, at one point during the hearing, Court President Miriam Naor, herself not religious, actually stated: “What should we do? There are strong opposing feelings and the Kosel is one, singular and unique (echad yachid u’meyuchad).”

Reading about this whole circus is quite mind boggling. Secular Jews feel that they should rule on kedushas HaKosel. Liberal American and Israeli Jews feel that they have rights that are being abrogated at a religious site that they don’t use or believe in. Historical and religious arguments about a religious site are deemed irrelevant. A deal negotiated with all stakeholders participating is sacrosanct. To top it all, the vast majority of secular Israeli and American Jews don’t care one bit about all this (despite the sham poll conducted by an organization called Hiddush, claiming that 62 percent of the Israeli public supports female prayer quorums at the Western Wall).

Where does this leave us all? A few weeks ago, I wrote in these pages that this battle is far greater than a fight over space at the Kosel. It is the beginning of a war to determine the Jewish nature of the Jewish State. The real critical issues of geirus, kashrus and Shabbos are yet to come. The Reform and Conservative movements, as well as the American Jewish Federation, already have troops on the ground in Israel lobbying for their cause. They are investing in advertising to the general Israeli public with slogan road signs (“Free the Kosel” and “Jews don’t chase out other Jews”), and op-ed articles in the Israeli press. The few liberal Jewish leaders who care about their religious stature in Israel, are committed to this fight. They are beginning to have an impact. We Torah Jews cannot sit this out and depend on a government coalition deal to defend kedushas haAretz. We must stand up for kvod Shamayim and Toras Yisrael. The alternative could be devastating for the entire Torah-observant community in Israel and the Jewish nature of the Jewish State.

First, we have to make our voices heard. This means respectfully reaching out to Israeli officials in America and Europe with a message that the liberal Jewish leadership, who claim to represent all of Diaspora Jewry, in fact don’t. We must tell them that we are the group most committed and concerned about Israel, as our children live there and we are the ones who come regularly and visit the holy places in the Land. We should be sending messages of support and chizuk to members of the Israeli Government who support our concerns, and reaching out with cogent arguments to those who don’t, or are on the fence. Here in America, we have to make clear to the Jewish Federations that they do not speak for all Jews if our perspective is not part of the calculus.

Just as important, we have to undertake a campaign in Israel, to the Israeli public, to counteract the misinformation being spread against religious Jews and our Torah. Plans are already underway to accomplish just that. The problem, as usual, is funding. Our donors do not yet see this as a priority. This is not meant to denigrate the amazing mesirus nefesh that major donors among us have for Torah causes. The concern is that in order to maintain and enhance the support to bnei Torah in Eretz Yisrael in a more consistent way, it would help to gain more support from the general Israeli public. We can make the case to them not only for the Kosel, geirus, kashrus and Shabbos, but for bnei Torah as well.