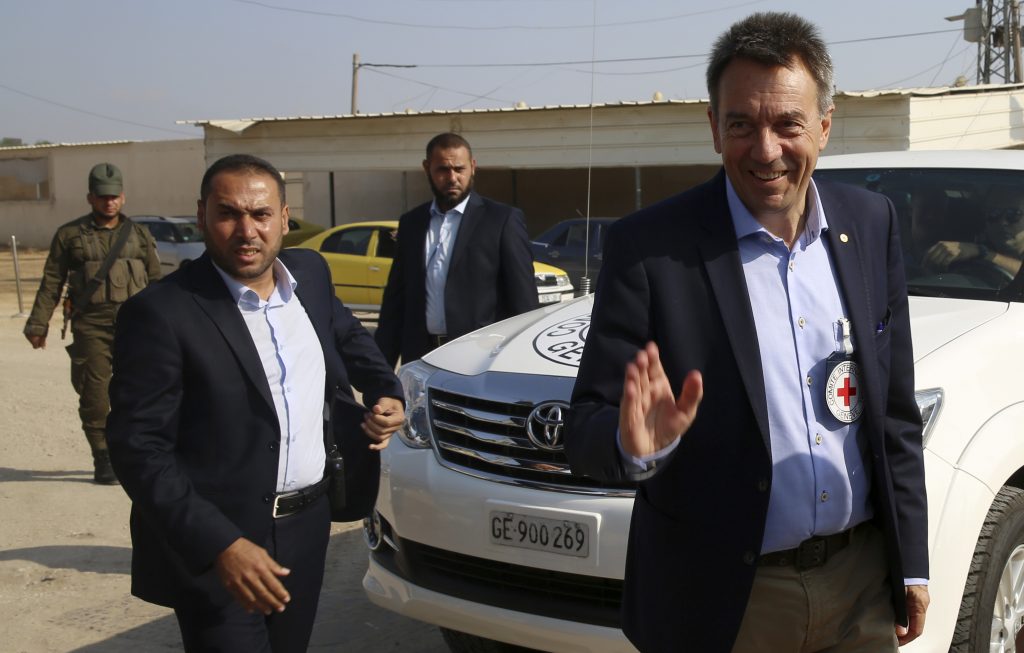 Hamas has apparently refused a request from the International Committee of the Red Cross to visit with Israeli citizens being held captive by the terrorist organization.

The head of the International Committee of the Red Cross, Peter Maurer, and Hamas chief Yehiyeh Sinwar and other senior officials met on Tuesday for a discussion of the fate of the captives and other issues, according to media reports.

Hamas later posted a statement on its website in which it “affirmed that all institutions will be open for the Red Cross to verify that standards of international humanitarian law are being implemented.”

The implication would seem to be that Maurer was not granted access to the captives, but that such access might be granted in the future — hardly an ironclad promise.

The Palestinian news agency Maan reported the request but not Sinwar’s response.

The Times of Israel commented, “Hamas hasn’t admitted to holding the Israelis, so it is unlikely Sinwar meant he would let the Red Cross visit them.”

A Hamas source quoted by the AP said that Sinwar told the Red Cross that Hamas will not release any information about the missing civilians until Israel frees 54 Palestinian prisoners who were re-arrested after being freed in the 2011 Gilad Shalit prisoner swap. The statement confirmed previous reports about the Hamas position.

Alyona Synenko, an ICRC spokeswoman, said that she could not confirm the content of the talk between Maurer and Sinwar, but did acknowledge that the issue of the missing Israelis was one of many items on the agenda.

Maurer described the talks as “constructive.”

Besides the hour-long meeting with Sinwar, Maurer also met with Gazan civilians and prisoners’ families.

“I wanted to assure the Gazan population and the authorities here that the ICRC will continue to do its best to support those who suffer most,” Maurer said, in a brief statement to reporters on Tuesday.

He will meet Israeli and Palestinian officials during a three-day visit.