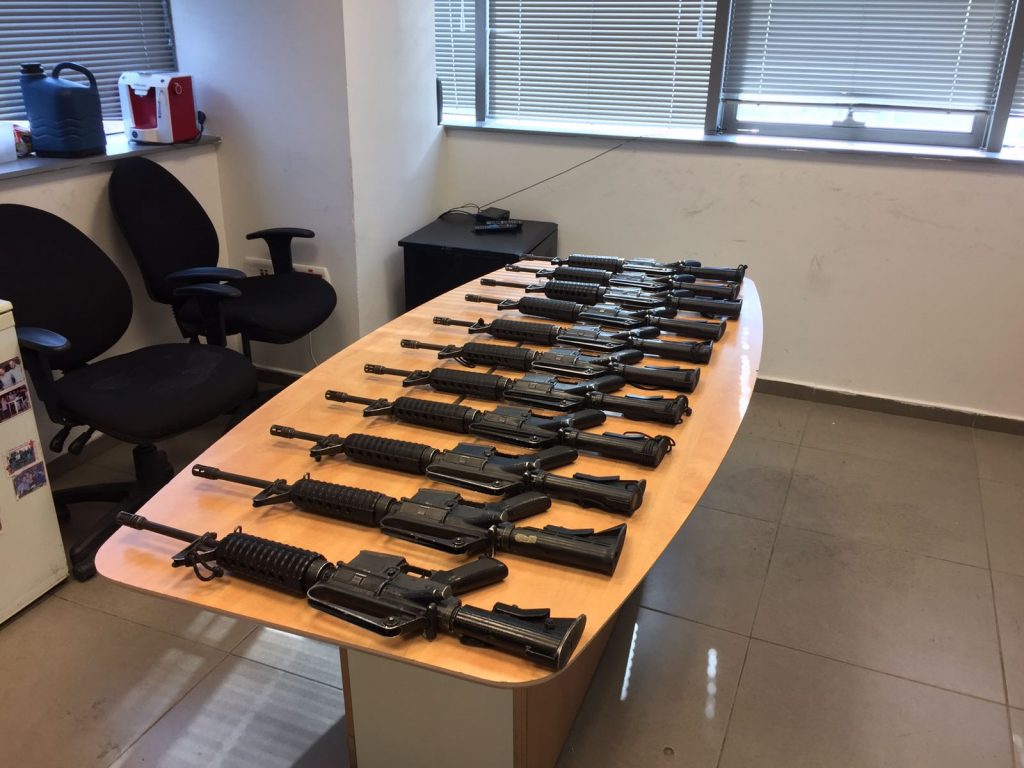 Four thieves who stole more than 3,000 grenades from an IDF base were convicted in a plea deal last week, with sentences of between two and eight years for three, and the fourth given a suspended sentence. In addition the four were given a collective fine of NIS 1 million, to be split between the four and to be paid off in monthly payments of NIS 2,500 each, until the debt is paid.

However, the state agreed to end their payments if they do not miss a payment for a total of six years – and if they fulfill that condition, their total payment will go do down to NIS 720,000.

It should be noted that the grenades are valued at NIS 23 million. The state had originally sought payment of NIS 17 million from the thieves.

The indictment against the four indicated that the base was protected by barbed wire and a formidable fence. The gates of the base, and of the storage facility where the grenades were kept, were locked. Nevertheless, the thieves managed to get in. Three of them cut the barbed wire and were able to enter without being detected, and broke into the storage facility. They succeeded in doing this numerous times, the indictment said. To make it easier to steal the grenades, the thieves entered the base with a vehicle, which they loaded up with grenades and drove away with.

The Defense Ministry agreed to the plea deal, but did not offer any explanation for not pursuing the full amount originally demanded. Observers said that the reason may have been due to embarrassment; in their defense, the four said that the thefts “illustrate a serious lack of security at all levels of the army, at a facility whose purpose is to store weapons. The thefts took place in broad daylight, with a van entering the base 20 times without anyone protesting. We must take into account the unacceptable laxity that the army was party to, that allowed these thefts to take place.”