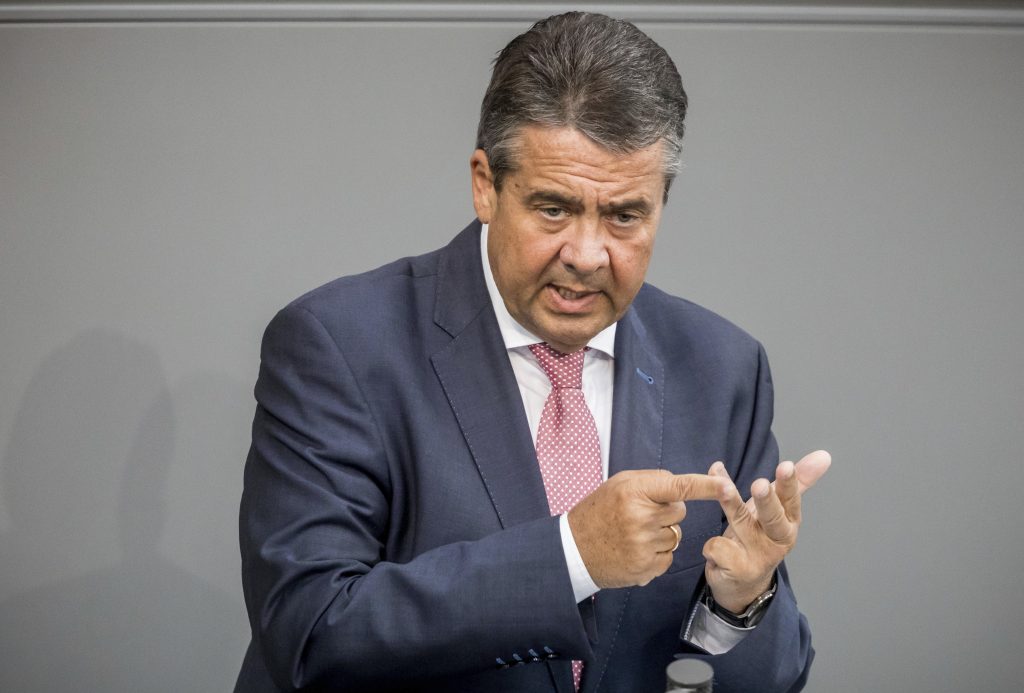 Russia will ask the U.N. Security Council to send peacekeepers to patrol the front line in eastern Ukraine, President Vladimir Putin said Tuesday, a development greeted by Germany as a new opportunity for détente.

Fighting between Ukrainian troops and Russia-backed separatists in the region has killed more than 10,000 people since 2014. A 2015 peace deal brokered by Germany and France helped reduce the scale of fighting, but regular clashes have continued.

The separatists have opposed Ukraine’s suggestion to deploy peacekeepers in the war zone.

Putin told reporters Tuesday that peacekeepers could help ensure safety for international observers who are monitoring the ceasefire.

But he insisted that the peacekeepers should be deployed only along the line separating the rebel-controlled territories and the area under government control where the clashes occur. Russia’s foreign ministry will file a formal request with the U.N. Security Council, Putin said.

Ukraine’s envoy to the United Nations, Volodymyr Yelchenko, said in comments carried by Russia news agencies on Tuesday that Kiev is ready to work on the draft resolution. The Ukrainian president’s envoy to peace settlement in the east, Iryna Gerashchenko, however, said earlier on Tuesday that Ukraine would agree to a deployment of the peacekeepers only in the separatist-held territories, not on the contact line.

So-called “Normandy Format” peace talks between Ukraine, Russia, Germany and France have largely stalled of late, with a truce timed to the start of the new school year breaking down almost immediately after it was agreed upon at the end of August.

German Foreign Minister Sigmar Gabriel said he found Putin’s announcement “surprising” but said he was “very glad… the Russian president said today he will continue to negotiate about demands that were rejected in the past by Russia.”

“More importantly, this offer of a U.N. mission in eastern Ukraine shows that Russia has effected a change in its policies that we should not gamble away,” he told reporters on the sideline of parliament in Berlin.

“It would be good if we take it as an opening to talk about new ways of détente.”