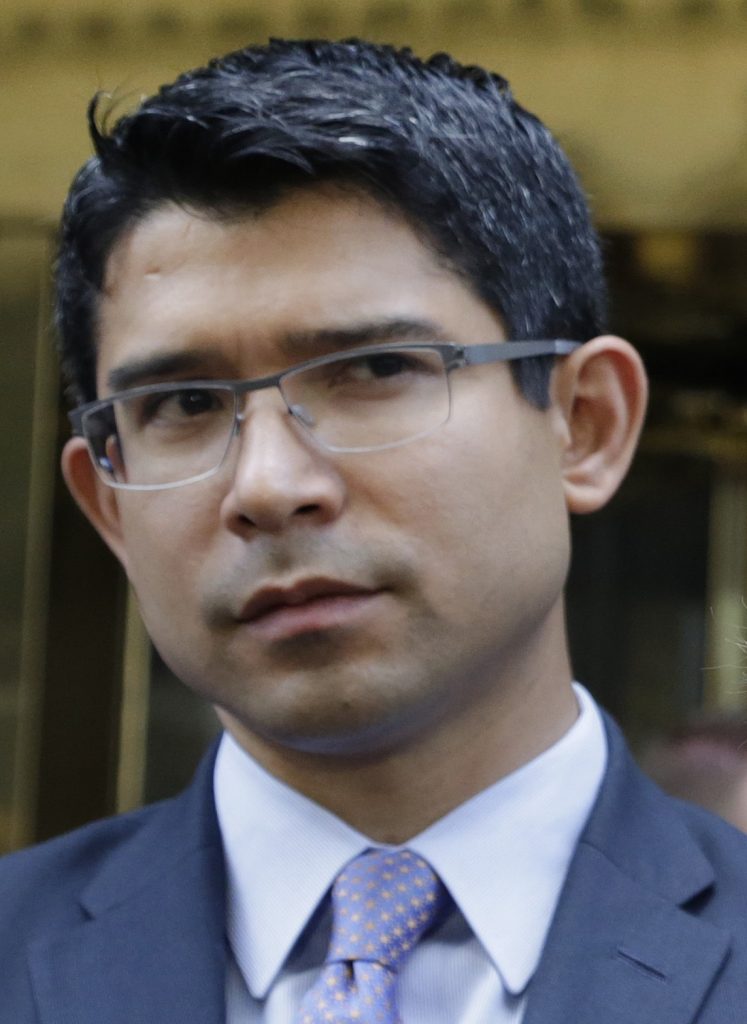 Frequent anti-Israel remarks by a councilman representing part of Boro Park is turning the Democratic primary this coming Tuesday into a rare contested race, as an assemblyman battles the incumbent seeking his first reelection.

Carlos Menchaca, who made history four years ago by becoming the first Mexican-American to join the city council, has gradually alienated his Jewish supporters as he ramped up his rhetoric in support of terrorist-supporters and boycotting Israel.

“All the walls have got to go, from Palestine to Mexico,” Menchaca chanted at a rally last week, standing alongside Linda Sarsour, who just days earlier compared neo-Nazis to “right wing Zionists” and is a prominent supporter of the BDS movement.

Several politicians cited the remarks as the impetus for their endorsement Tuesday of Assemblyman Felix Ortiz, who represents the northeast sliver of Boro Park, in his bid to unseat Menchaca.

The district, which spans the neighborhood from 10th Avenue towards Sunset Park, has about 10 percent Jewish voters as of 2014. Also on the ballot is Sara Gonzalez, the then-incumbent whom Menchaca defeated in 2013.

Felix Ortiz, said Councilman David Greenfield, “has a long record of supporting the Jewish community on key issues like funding for yeshivos and strongly opposing anti-Semitism. Felix Ortiz has been a loud and consistent voice for yeshivah parents, Jewish organizations and Israel.”

Chaskel Bennett, an influential political activist from Flatbush, noted to Hamodia that Menchaca had received strong support from the Jewish community four years ago.

“Instead of rewarding that support and growing closer to us,” Bennett said, “Carlos has drifted further and further away from the community. His refusal to stand up against BDS when the council voted on a resolution was to me unforgivable. I’m not inclined to support politicians who turn their backs on us. Felix Ortiz has been a strong supporter on the important issues that matter to us. Carlos hasn’t. It’s just that simple.”

Other elected officials endorsing Ortiz, such as Assemblyman David Weprin and Councilman Rory Lancman, cited Menchaca’s vote against a resolution against the Boycott Israel movement.

“It’s hard to believe anything he says,” Assemblyman Dov Hikind, who backed Menchaca in 2013, said in a statement. “He has really disappointed me in terms of his sincerity.”

Menchaca had initially been embraced by some Jewish organizations when he first won. Asked by Hamodia whether anyone is still in his orbit, one of his principal backers responded, “Not that I know of.”