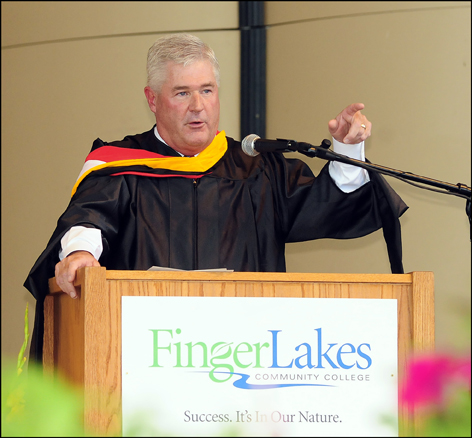 The top Republican in the state Assembly said Wednesday he’s considering running for governor next year, challenging Gov. Andrew Cuomo who is widely expected to use a victory to run for president in 2020.

Assembly Minority Leader Brian Kolb told The Auburn Citizen that he’s “definitely giving it serious thought” to a campaign after being approached by Republican leaders and business owners.

“I think I could be a great governor,” the Canandaigua lawmaker said. “Having said that, you have to get elected and the first step is can you have the support of the party statewide? Can you raise enough funds to support a credible campaign?”&

He acknowledged the challenges of taking on Cuomo, a Democrat who has already raised more than $25 million for his bid for a third term.

Kolb, 65, has criticized Cuomo’s handling of the economy and has pushed for tougher state ethics rules.