National Who Started Labor Day? The Bloody and Confusing History of an American Holiday
National 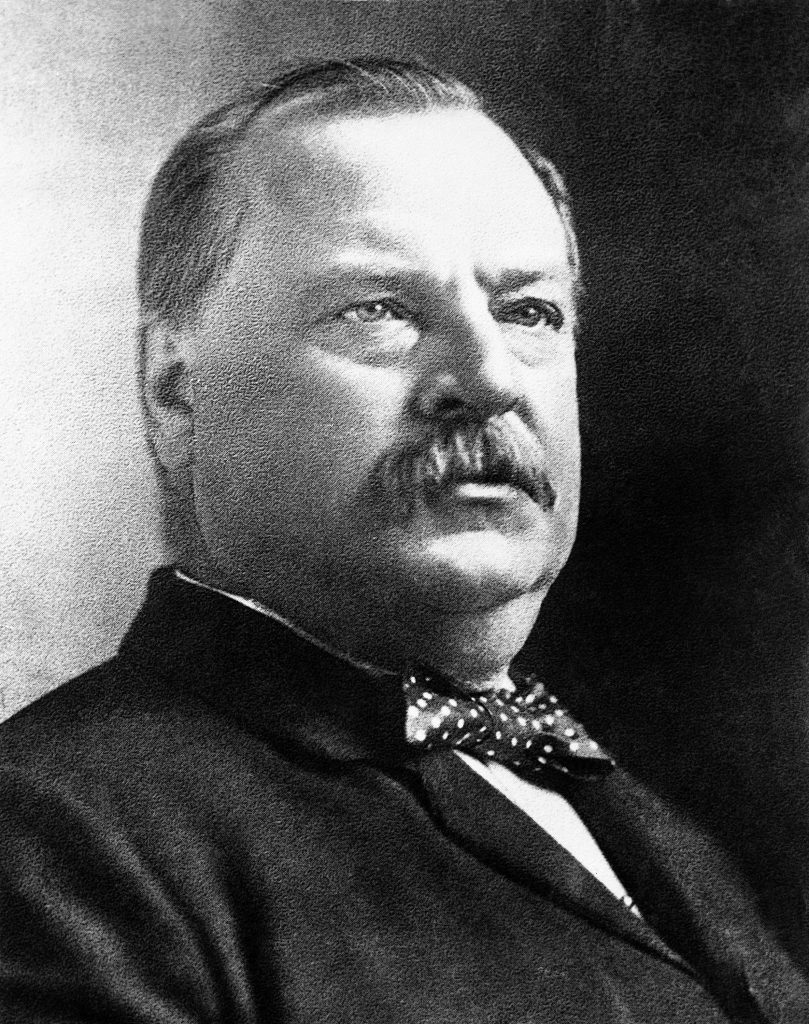 The act making Labor Day a federal holiday spared few words when it was signed into law on June 28, 1894. Above the scripted signatures of President Grover Cleveland, the speaker of the House and the vice president, the 83-word law declared that the first Monday of September be “the day celebrated and known as Labor’s Holiday.”

The paragraph does little to suggest the decades of confusion that would swirl around the holiday’s origins, Cleveland’s role in its creation or the blood spilled along the way. Labor leaders with similar names spawned much debate as to who was the holiday’s true founder, and the caretaker of the nation’s leading Cleveland museum insists that the president’s signing of the law was not the politically motivated gesture widely reported ever since.

The first Labor Day celebrations took place more than a decade before it became a federal holiday. Many sources point to Peter J. McGuire – founder of the United Brotherhood of Carpenters and Joiners of America and an early leader of the American Federation of Labor – who suggested the celebration to the Central Labor Union of New York as the holiday’s progenitor. Others claim that Matthew Maguire, secretary of the Central Labor Union, proposed the holiday.

On Sept. 5, 1882, the first parade launched in lower Manhattan. According to the U.S. Department of Labor, the total number of marchers ranged from 10,000 to 20,000. The New York Tribune reported that “the windows and roofs and even the lamp posts and awning frames were occupied by persons anxious to get a good view of the first parade in New York of workingmen of all trades united in one organization.” Nearly 25,000 union members and their families celebrated in a post-parade party at Wendel’s Elm Park at 92nd Street and 9th Avenue.

From 1887 to 1894, 23 states passed Labor Day laws. Oregon was the first, followed by Colorado, Massachusetts, New Jersey and New York. Then came its recognition as a federal holiday.

The passage of Labor Day legislation was not a priority of Cleveland’s presidency, said Sharon Farrell, caretaker of the Grover Cleveland Birthplace in Caldwell, New Jersey. Rather, legislation had already been making its way through Congress and did not hinge on Cleveland’s final signature, she said.

“He was not the driving force behind it, and it was not his idea,” Farrell said. “He just happened to be the president sitting in the chair.”

Farrell’s argument challenges a widely held belief that Cleveland rushed the legislation through in the midst of one of his presidency’s most fraught moments: the Pullman Strike. In an essay titled “The Government in the Chicago Strike of 1894,” Cleveland wrote that a “very determined and ugly labor disturbance broke out in the city of Chicago.”

“Almost in a night it grew to full proportions of malevolence and danger,” he wrote. “Rioting and violence were its early accompaniments; and it spread so swiftly that within a few days it had reached nearly the entire Western and Southwestern sections of our county.”

The railroad strike and boycott lasted May 11 to July 20, 1894, disrupting rail traffic for much of that summer. In response to the economic depression that began in 1893, the Pullman Palace Car Company, which manufactured railroad cars, cut the wages of its workers 25 percent. A group of workers tried to address their grievances with company president George M. Pullman, but he refused to meet with them and ordered them fired. A delegation of workers then voted to strike, marching out of work on May 11.

Thirty-five percent of Pullman workers were represented by the American Railway Union at the time of the strike. The workers believed the union would back the strike, but it wasn’t clear exactly how, because the Pullman workers did not directly work on the railroads.

The union ultimately refused to handle Pullman cars or trains with Pullman cars until the railroads cut ties with the Pullman Company. Union president and future Socialist presidential candidate Eugene V. Debs knew that the support of switchmen would be key to the boycott’s success: If switchmen stopped adding or removing Pullman cars from trains, the railroads would replace them with nonunion workers and prompt more union members to walk out.

By the end of June, 125,000 workers on 29 railroads quit rather than handle Pullman cars. But Debs worried about the potential for the workers’ anger to lead to violence. As he predicted, a crowd following a June 29 speech acted out, setting buildings on fire and derailing a locomotive that was attached to a U.S. mail train.

Cleveland – who had also received reports of goods rotting in rail yards and cattle dying from the heat – was not pleased.

Illinois Gov. John Peter Altgeld had already dispatched militia companies to quell rioting. U.S. Attorney General Richard Olney urged federal troops go into Chicago to stop the “reign of terror.” On July 2, he obtained an injunction that barred union leaders from compelling employees of the railroads “to refuse or fail to perform any of their duties.”

Cleveland ordered troops into Chicago on July 3, much to the frustration of Altgeld, who thought his state militias had a handle on the situation. Strikers acted out against the troops, overturning rail cars and erecting barricades at the rail yards. On July 6, roughly 6,000 rioters destroyed hundreds of rail cars in the South Chicago Panhandle yards.

But even the 6,000 federal and state troops, 3,100 police officers and 5,000 deputy marshals in Chicago could not suppress the violence. National Guardsmen fired into a mob July 7, killing as many as 30 people and wounding others. Gradually the strike ended and trains resumed their normal schedules, and federal troops were pulled out July 20.

Historians, encyclopedias and news articles pinpoint Cleveland’s actions during the Pullman Strike as his reason for rushing the Labor Day Act through Congress that June. People were dead on the streets of Chicago, and the creation of a holiday would help make up for it. These reports also claim the law was passed to court votes ahead of the 1896 election, to no avail. In this version of history, Cleveland was rejected by his party, and the Democratic nomination went to the great orator William Jennings Bryan. Republican William McKinley ultimately won the presidency.

But Farrell, the Cleveland expert and museum caretaker, said the law’s timing was not politically motivated. Cleveland, who had already served two terms, had no intention of running for re-election, she said. She called the alleged connection between Labor Day and Cleveland’s political future “completely misguided.”

After Cleveland signed the law, the Morning Call of Paterson, New Jersey, published an editorial titled “Honor to Whom Honor is Due,” according to the New Jersey Historical Society. The piece argued that Matthew Maguire was the undisputed founder of the holiday.

More than a century later, it seems the question of “to whom honor is due” is still up for debate.