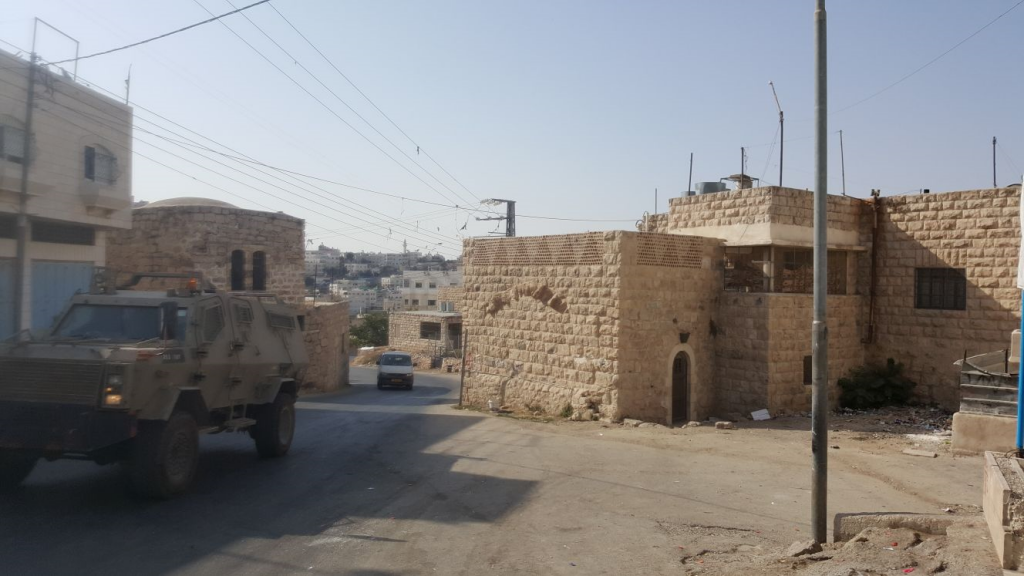 The legal aid organization Honenu has submitted an unprecedented request to the IDF, seeking to demolish the illegally-built balcony of a Palestinian home in Chevron, which was used as a platform for throwing rocks at Jewish visitors to Me’aras Hamachpelah.

As a result of the rock-throwing, a 16-year-old boy’s eye was injured, requiring hospitalization for several days.

In a letter to IDF Central Command Chief, Maj. Gen. Roni Numa, Honenu attorney Haim Bleicher said that the structure had been constructed without the necessary permits, and made the request for its demolition:

“In 2012, I appealed to the Hebron Brigade commander against the construction of the said balcony,” wrote Bleicher, who noted that “the balcony oversees the junction at a strategic point where people travel from the direction of Me’aras Hamachpelah towards Kiryat Arba. The security risk posed by the balcony is obvious.

“On August 12 [2017], an Arab crowd gathered on nearby roofs and on the balcony and stoned groups of Jews who had returned from praying in Me’aras Hamachpelah. The destruction of the balcony will be an appropriate response to the event and will reduce the risk posed by it,” Bleicher said.

The attorney also noted in the letter that the law authorized the IDF general to take down the balcony, which poses a clear danger to public safety.

However, Bleicher has so far received no response from the IDF.