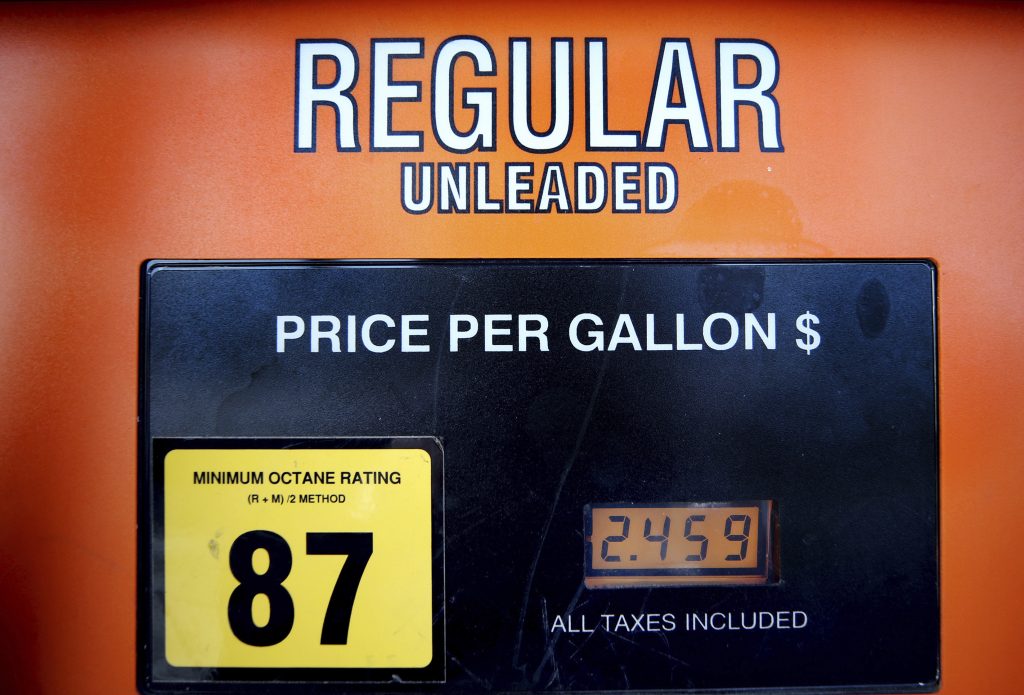 U.S. gasoline prices fell on Monday as the nation’s oil heartland continued to claw its way back from the devastation wrought by Storm Harvey, with shipping channels, pipelines and refineries restarting operations.

Port operations across the U.S. Gulf Coast oil and gas hub were resuming, although many still had restrictions on vessel draft, according to U.S. Coast Guard updates. Key fuels pipelines planned to restart as more of the oil refineries that feed them ramped up production.

Benchmark U.S. gasoline futures tumbled as a result by 3 percent, and retail prices edged only one cent higher on Monday, according to motorists advocacy group AAA, after climbing by more than 20 cents in the wake of the storm.

The storm dumped as much as 50 inches of rainfall over Texas and Louisiana, forcing officials to close or restrict operations at ports from Corpus Christi to Lake Charles, Louisiana. It also forced the closure of nearly a quarter of the nation’s oil refineries.

Alberto Hernandez, a watch supervisor at the U.S. Coast Guard, said on Monday there were ships exiting and entering the Houston Ship Channel, which links the busiest petrochemical port to the Gulf of Mexico, on Monday.

The channel is open to just past Exxon Mobil Corp’s Baytown refinery to vessels up to a 40-foot draft, while salvage efforts continued to remove a sunken drydock in an industrial portion of it, officials said.

Hernandez said there was no time frame for removing the drydock debris from the main stem of the channel, which is key to moving crude oil to refineries.

Restarts at pipelines that move fuels from refineries to the rest of the nation also were alleviating worries about shortages.

Colonial Pipeline Co, which transports more than three million barrels per day (bpd) of gasoline, diesel and jet fuel from Gulf Coast refineries to Northeastern markets, was targeting a Monday restart of the main distillate line between Houston and Hebert, Texas. The gasoline line between those points was set to restart on Tuesday.

The Explorer Pipeline planned to reopen its 24-inch Oklahoma-to-Midwest fuel pipeline on Monday after reopening its 28-inch Texas-to-Oklahoma line on Sunday.

Fuels-producing refineries also were ramping up output. The nation’s second-largest unit, ExxonMobil’s 560,500-bpd Baytown, Texas refinery, began restarting during the weekend, while Phillips 66 said it was resuming operations at its 247,000-bpd Sweeny refinery.