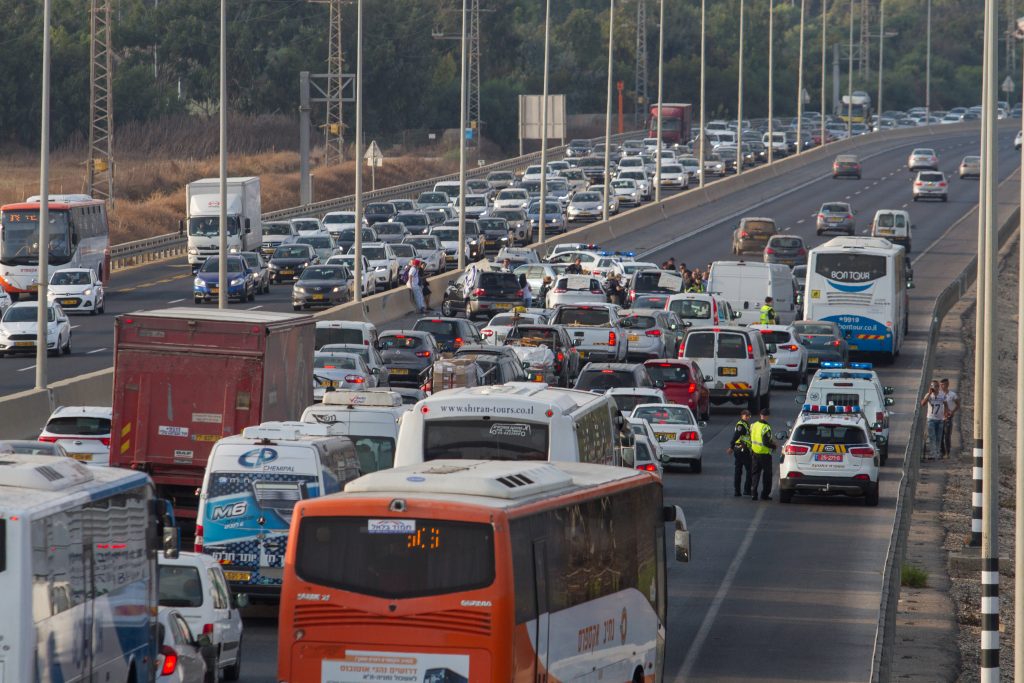 Monday was an extremely busy day for disabled Israelis demanding that the government provide them with higher transfer payments. After tying up traffic on two major highways Monday morning, they moved on to a major protest in central Tel Aviv, and then shouted down Finance Minister Moshe Kahlon as he was making a speech to an economic forum.

Police, who have treated disabled protesters with kid gloves even as they repeat the protests nearly daily, this time ejected the protesters who shouted Kahlon down at the economic forum sponsored by Israeli business publication Calcalist in Tel Aviv. “You should be ashamed of yourself,” shouted protesters. “We will not be able to celebrate Rosh Hashanah” because of the low payments to disabled Israelis, the protesters called out. “You are killing us. You made promises and now we are getting thrown out of our homes,” the hecklers said.

After they were removed by police, Kahlon said that the Finance Ministry “had stretched itself to the limit” to provide further assistance by adding NIS 4 billion to the amount of money to be added to transfer payments provided to the disabled. “You deserve more,” said Kahlon, addressing protesters who quieted down when police demanded that they do so and as a result remained in the room. “We will author a new law in the next Knesset session that will deposit payments in your accounts on the first of the month. One of the biggest mistakes we made is that we stopped linking payments to the inflation rate in 2003. Now we have returned to you the amount you would have gotten had there been that linkage.”

The protests, both on the highways and in auditoriums, are organized by groups demanding that payments to the disabled equal the minimum monthly wage, currently about NIS 5,000. 880,000 Israelis receive such payments, and currently receive between NIS 1,405 and NIS 2,342 per month, depending on their degree of disability. The state had previously offered to raise the payments to NIS 4,000 for about 30 percent of the disabled, and NIS 3,200 for others with lesser degrees of disability. On Sunday, Prime Minister Binyamin Netanyahu said at the weekly Cabinet meeting that the government would provide NIS 4 billion for a program to increase payments to NIS 4,000 and even beyond for the most disabled.

Earlier, protesters blocked two major highways into Tel Aviv – Roads 4 and 2 – before moving on to Histadrut headquarters in central Tel Aviv, where they conducted a protest that required shutting down a main thoroughfare in the city. They then moved on to the Calcalist event. Police reported that frustrated drivers got out of their vehicles and argued heatedly with protesters, demanding that they clear the road. Police were forced to intervene in several of the arguments, which threatened to go beyond words, they said.