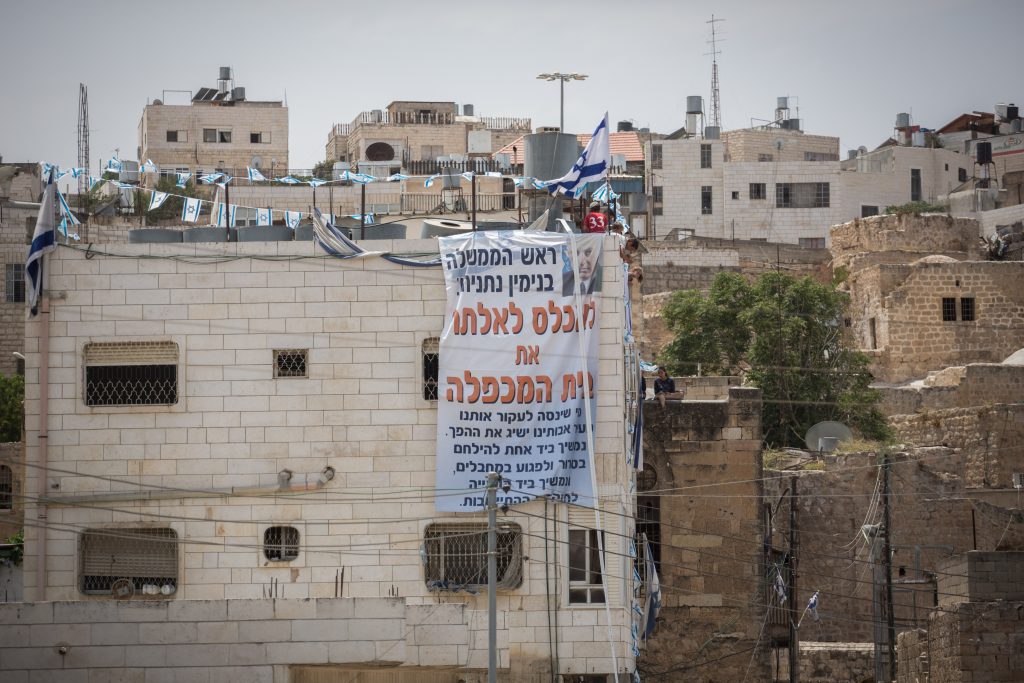 The High Court has ordered the Civil Administration to refrain from evicting residents of Beit Machpelah, the disputed building in Chevron that a group of Jewish families have been living in for the past several months. High Court Justice Neil Handel issued the order Sunday night, in response to a petition filed by attorneys for the residents that they be allowed to remain while they take necessary steps to arrange for authorization of their ownership of the building – a process they said would be prejudiced against them if the Civil Administration was allowed to evict them.

The Civil Administration has threatened to evict the residents on the strength of a petition filed by Palestinian Authority Arabs claiming that they own the building. The group claims that the Jewish group that claims ownership in fact does not own it. The Jewish families who claim ownership of the building in fact bought it from individuals who did not own it, and the petitioners want the Jewish families evicted.

The purchase of Beit Hamachpelah, like many purchases of property by Jews from Arabs in Yehudah and Shomron, is wrapped in numerous layers of claims, contracts, and government edicts dating back to the days of the British Mandate. The claims and counterclaims are due to land grants from the Jordanian government before 1967, Mandatory laws that allow “homesteaders” to lay claim to property if their presence there is not challenged for a decade, and PA laws that make it a capital crime to sell land to Jews.

The saga of Beit Machpelah goes back five years, when 15 Jewish families entered the building, claiming to have purchased it from a Palestinian agent representing the family. The sale was conducted informally and quietly, as the Palestinian Authority imposes the death penalty on Arabs who sell property to Jews – and indeed that was the case in Beit Machpelah, with the PA arresting the agent, and then the owner, of the property.

The response of the government – specifically the Defense Ministry, then headed by Ehud Barak – was to evict the Jewish residents and seal the building, a situation that remained extant until last month, when the families that claimed ownership in 2012 returned.

The High Court said Sunday night that there was no need to evict the residents until a decision is made, or at least until the petitioners and Civil Administration show cause why those evictions should take place. The petitioners were given until September 10 to do so. “We are issuing a temporary order to refrain from forceful evacuation of the people inside the building until a further decision is made,” the court said.