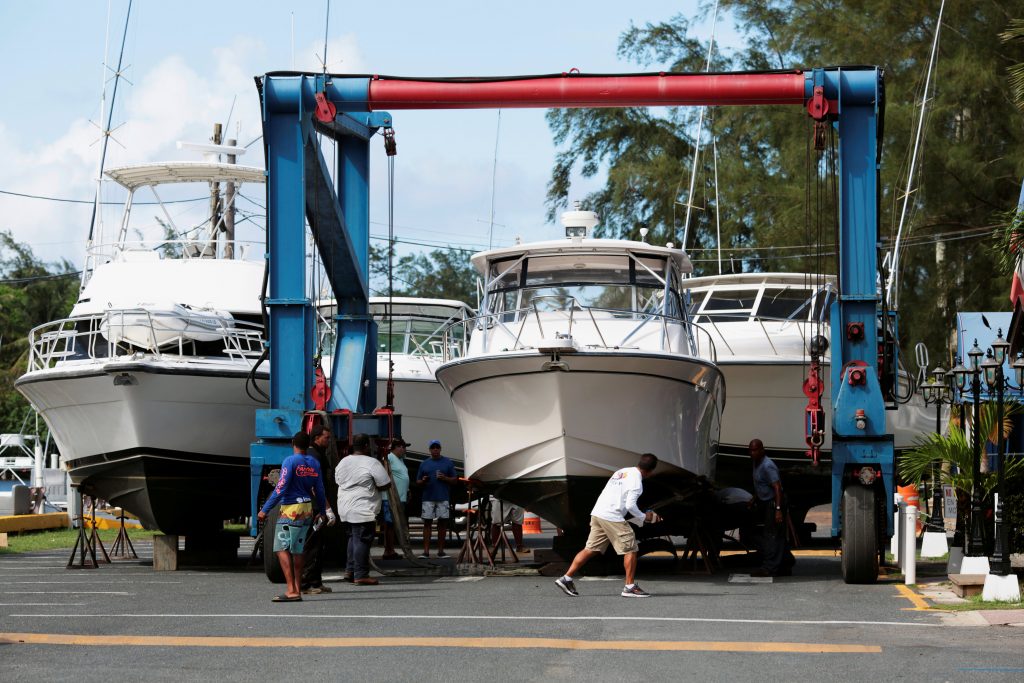 Hurricane Irma, barreling towards the Caribbean, has been upgraded to a powerful Category 4, as islands in its path brace themselves for the dangerous storm’s arrival.

Hurricane advisories have been issued for territories that dot the West Indies, including parts of the Leeward Islands, the British and U.S. Virgin Islands and Puerto Rico, in preparation for the intensifying storm that could pummel the area with life-threatening wind, storm surges and torrential rain by Tuesday evening, according to the U.S. National Hurricane Center (NHC).

A Category 4 hurricane on the five-step Saffir-Simpson scale means sustained winds of 130-156 miles per hour with “catastrophic” outcomes, including uprooted trees and downed power lines, water and electricity outages, and significant property damage causing uninhabitable conditions, according to the Miami-based hurricane center.

Irma, now packing 130 mph winds, also threatens Florida and the U.S. East Coast, said the NHC, which cautioned that it was still too early to forecast the storm’s exact path or what effects it might have on the continental United States.

“There is an increasing chance of seeing some impacts from Irma in the Florida Peninsula and the Florida Keys later this week and this weekend. In addition, rough surf and dangerous marine conditions will begin to affect the southeastern U.S. coast by later this week,” the center said.

On Monday, Florida Governor Rick Scott declared a state of emergency for the entire state ahead of Hurricane Irma.

Irma will be the second powerful hurricane to thrash the United States and its territories in as many weeks.