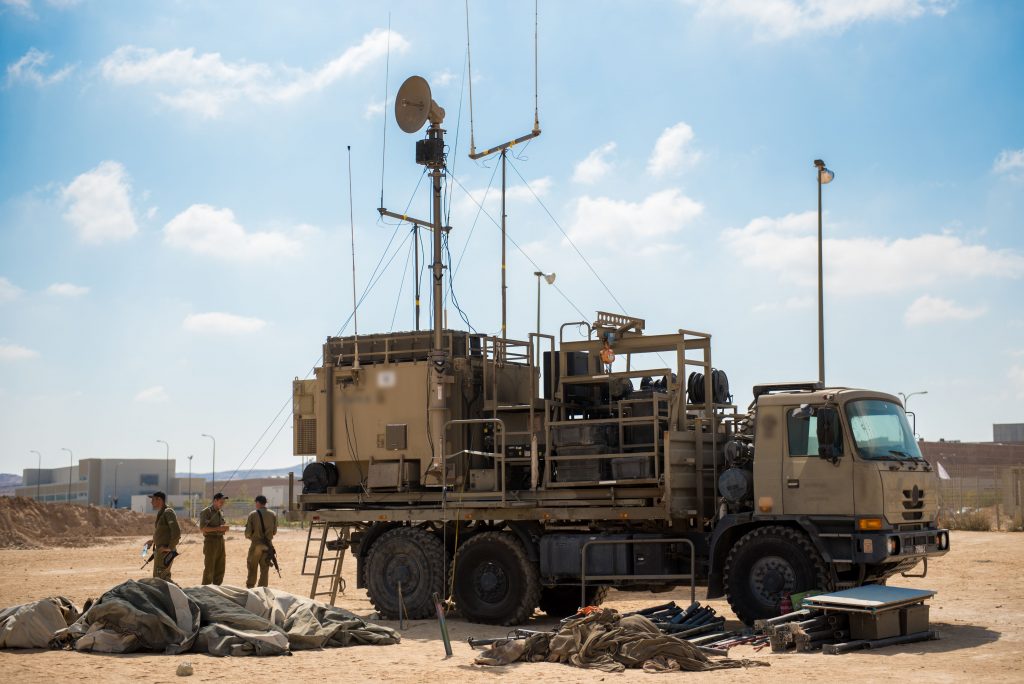 On Monday night, the IDF was set to launch its biggest, most comprehensive exercise in almost 20 years, comprising ground, air and sea forces in a simulated attack by Hezbollah on the northern border.

While officials were stressing that war is not anticipated in the near term, and that the drill was planned long in advance and not connected to any recent development, the threat from Hezbollah has grown steadily during years of rearming, including an arsenal of over 100,000 short- and long-range missiles.

Besides the weaponry, the Lebanese terrorist organization’s roughly 40,000 members have accumulated extensive combat experience fighting alongside the Assad regime in Syria. As such, the IDF is training for defense against potential assault on the ground as well as by missiles.

According to a senior officer, the drill, which involves tens of thousands of IDF soldiers and reservists, will have two phases. “In the first phase, during the defensive stage, forces will simulate a terrorist infiltration and the takeover of a northern settlement, while at the same time the IDF will deliver massive fire while accumulating forces.

“In the second phase, an attack will be simulated, integrating all relevant forces while shifting command assignments deriving from the need to practice scenarios that were not prepared in advance,” he said.

The 10-day drill will include a simulated mass evacuation of about a quarter of a million Israeli civilians from cities and towns in the north, with soldiers playing the role of civilians. Motorists in the north of Israel are being notified that during the exercise, the movement of large numbers of troops and vehicles could disrupt traffic.

Besides the dozens of infantry brigades taking part, the military will also deploy artillery, commando and engineering units and aircraft from all the air bases in the country. The Navy will deploy its submarines, and gunboats and patrol vessels will monitor coastal areas for potential infiltration by terrorists from the sea.

Cyber units will participate. According to the official, it will be the “most significant” exercise in the history of the IDF Teleprocessing Corps, which is responsible for military communications, as the technological unit will “become the central headquarters” for directing the various units and branches of the military.

The operation is called Or Hadgan, after Meir Dagan, the former head of the Mossad.