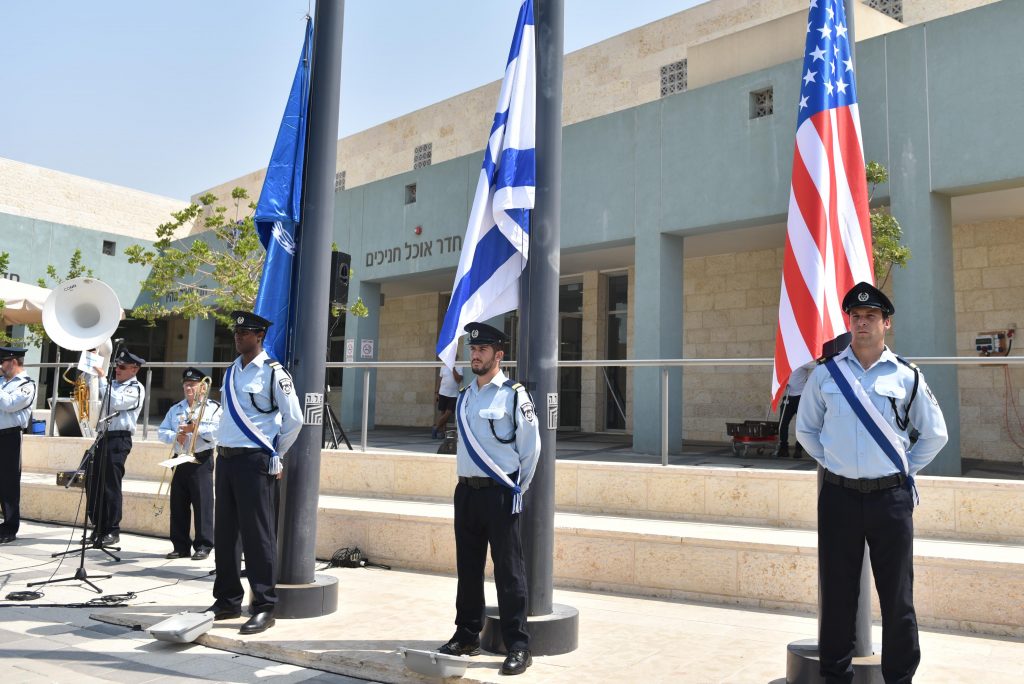 A contingent of law enforcement officials and police officers from the U.S. arrived in Israel on Sunday morning to take part in the second annual Police Unity Tour.

The Israel Police held a special ceremony at a police academy in Beit Shemesh to welcome the 52-strong delegation. Police officers from both countries stood at attention as “The Star Spangled Banner” was played, followed by “Hatikva.” A high ranking Israeli police officer told the visitors that “we have the utmost respect for you, and we will do everything to make you feel at home.”

The visiting group will tour the country and learn policing techniques from their Israeli counterparts, in addition to participating in a special ceremony commemorating the 9/11 terror attacks alongside representatives from the U.S. Embassy in Tel Aviv.

U.S. law enforcement officials often come to Israel to learn from the country’s expertise in counter-terrorism, despite criticism from radical left-wing activists who claim that Israel teaches them to brutalize demonstrators.