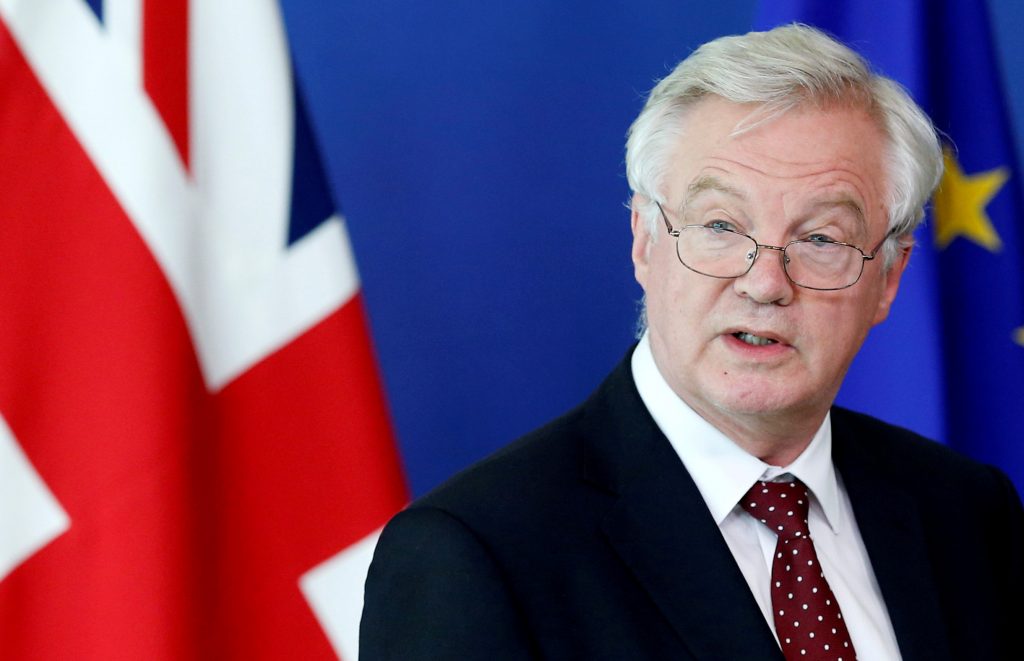 U.K. Brexit Secretary David Davis on Sunday dismissed as “nonsense” published reports that Prime Minister Theresa May is set to approve paying as much as 50 billion pounds ($64.8 billion) to leave the European Union.

May is ready to agree to the total in a bid to kickstart trade talks, but won’t disclose details until after the Conservative Party conference in October, The Sunday Times reported, without citing anyone for the information. Britain would pay up to 17 billion pounds a year to Brussels for three years after Brexit, ending payments ahead of the 2022 general election, the Times added. The newspaper said May’s office “did not recognize” the payment plan.

“There are all sorts of stories flying around,” Davis said on the BBC. “It’s nonsense. The story is completely wrong.”

How much the U.K. owes the EU in leaving the bloc is among the most difficult issues concerning Brexit, with analysts estimating that the EU will put forward a gross bill of as much as 100 billion euros ($119 billion). Britain’s government acknowledged in July that it will have to pay, but said it wants to “determine a fair settlement of the U.K.’s rights and obligations.”

The EU is trying to “play time against money,” Davis said on the BBC, after the bloc’s negotiator, Michel Barnier, last week said the talks still had done nowhere near enough for there to be a prospect of moving on to trade discussions after October. “He wants to put pressure on us, which is why the stance this week,” he said. “Bluntly, I think it looked a bit silly.”

In a separate report, The Mail on Sunday said that May has been advised that Britain may have to pay up to 46 billion pounds to break the deadlock in Brexit talks.

“We want to leave in an orderly and smooth manner,” Davis said. “There are issues if you just walk away. We’re aiming for a smooth, sensible, amicable exit, which leaves us and the European Union in a good position.”

The government is also facing challenges to the EU divorce plans at home, with the opposition Labour Party’s Brexit spokesman lobbying for changes in the legislation, repealing laws that took Britain into the EU.

The Times reported on Saturday that Keir Starmer warned Davis in a letter that unless changes are made to safeguard “crucial rights and protections,” Labour will oppose the so-called Great Repeal Bill when it is considered in Parliament this week. Labour also said last month that it wants Britain to remain in the single market and customs union for as many as four years after exiting the EU.

“The clock is ticking and we are going to need transitional arrangements,” Starmer said in an interview on the BBC. “The interim arrangements should be as short as possible. They could be two years, they may take longer than that.”

Meanwhile, Damian Green, the prime minister’s deputy, called on his Tory colleagues who wanted to remain in the EU to back the bill, or risk handing power to Labour, led by Jeremy Corbyn.

“MPs must be pragmatic in realizing that this is the best way to provide confidence to businesses, workers and consumers, that they will not be subject to an unwanted cliff edge,” Green wrote in the Sunday Telegraph newspaper. “No Conservative wants a bad Brexit deal, or to do anything that increases the threat of a Corbyn government.”