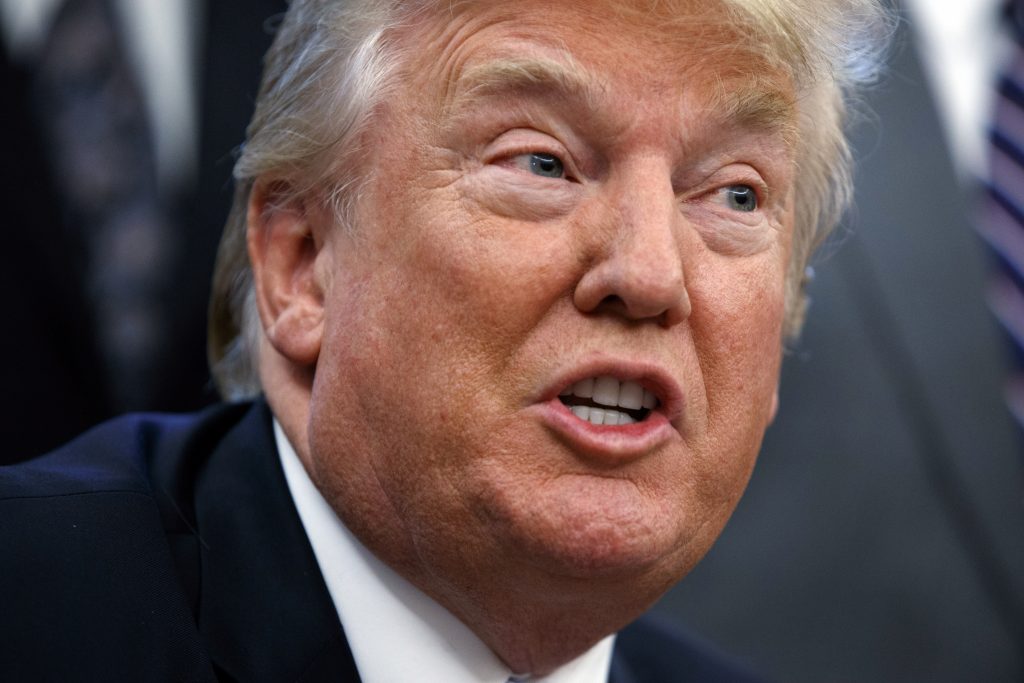 North Korea on Sunday claimed a “perfect success” for its most powerful nuclear test so far, a further step in the development of weapons capable of striking anywhere in the United States. President Donald Trump, asked if he would attack the North, said, “We’ll see.”

He also suggested squeezing China, the North’s patron for many decades and a vital U.S. trading partner, on the economic front, in hopes of persuading Beijing to exert leverage on its neighbor. Trump tweeted that the U.S. is considering “stopping all trade with any country doing business with North Korea.”

The latest military provocation from the isolated communist country reinforces the danger facing America, Trump said earlier in a series of tweets, adding that “talk of appeasement” is pointless.

“They only understand one thing!” Trump wrote, without elaboration, as he prepared to meet later with his national security team, which he said would include John Kelly, his chief of staff, as well as Defense Secretary Jim Mattis “and other military leaders.”

Sunday’s detonation by North Korea was the first nuclear test since Trump took office in January.

After attending church near the White House, Trump made his “We’ll see” comment in response to a question from reporters.

The precise strength of the explosion, described by state-controlled media in North Korea as a hydrogen bomb, has yet to be determined. South Korea’s weather agency said the artificial earthquake caused by the explosion was five times to six times stronger than tremors generated by the North’s previous five such tests. The impact reportedly shook buildings in China and in Russia.

Secretary of State Rex Tillerson was calling counterparts in Asia, and Trump’s treasury secretary, Steven Mnuchin, said he was putting together proposed new sanctions for Trump to consider that would seek to cut off trade with North Korea.

The action suggested in Trump’s trade tweet would be radical: The U.S. imports about $40 billion in goods a month from China, North Korea’s main commercial partner.