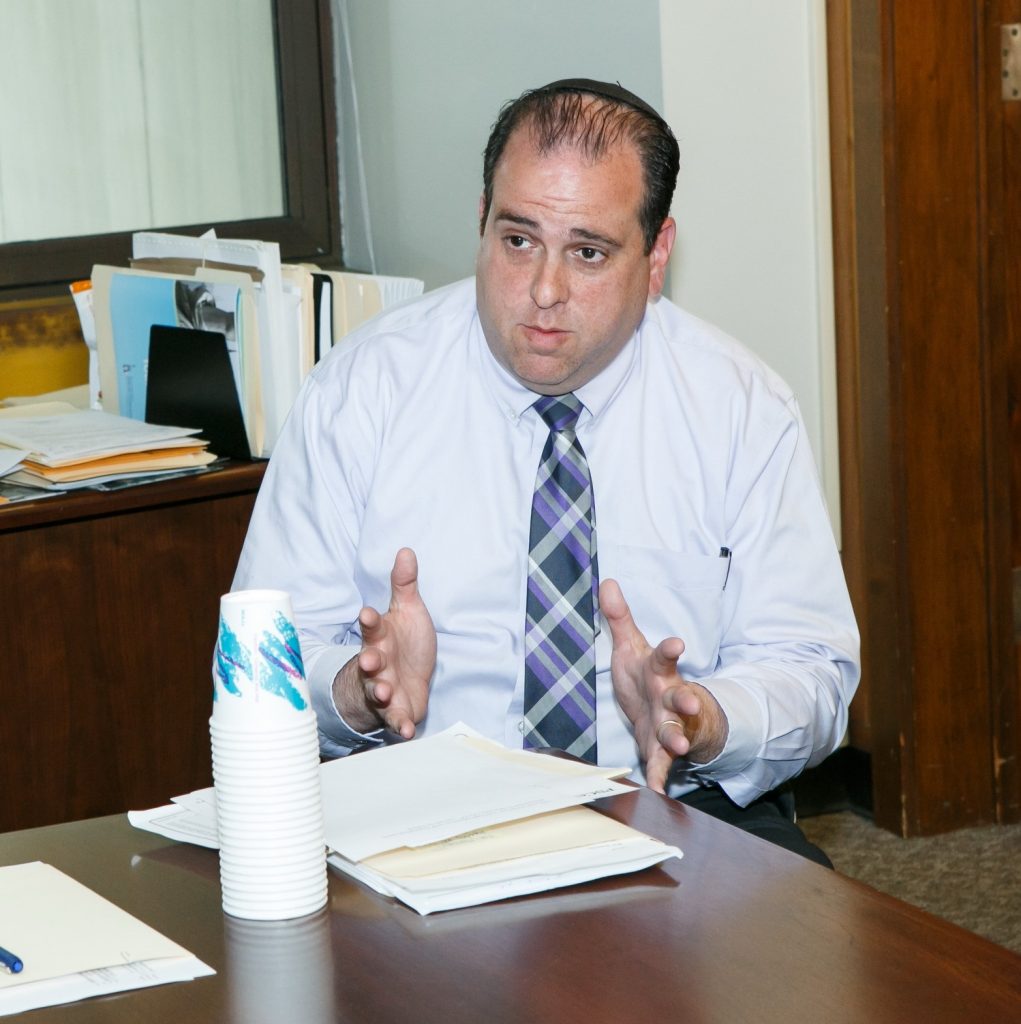 The petirah of Assemblyman Michael Simanowitz on Shabbos, months after a cancer he battled two years ago returned, shocked his Queens district and the local Orthodox Jewish community. He was 45.

A Queens Democrat, Simanowitz was a forceful advocate for Israel and the Orthodox community in the halls of the Capitol.

“Mike had a heart of gold,” said Councilman Barry Grodenchik, fighting back tears, as he eulogized his fellow Queens lawmaker at the levayah Sunday. “He was truly beloved by everybody who knew him, and I can’t think of a person that I know that was more admired and more loved, and I can’t think of anyone, in or out of public life, that was more decent than Mike Simanowitz.”

The levayah was at Schwartz Brothers Funeral Chapels in Forest Hills

Gov. Andrew Cuomo, who grew up in the same borough, issued a statement late Motzoei Shabbos.

“We shared a love for our home borough of Queens and a belief in public service as a vehicle for positive change,” Cuomo said. “As an Assembly member and prior to that a staffer, he was widely respected by his peers and his partners in government. Michael was also a man of faith and, first and foremost, a dedicated family man whose efforts were in the service of a better future for his children and everyone’s children.”

Cuomo concluded the statement with a wish that “Yehi Zichro Baruch, may his memory be a blessing.”

Standing outside the funeral home Sunday, Assembly Speaker Carl Heastie praised Simanowitz as a “real advocate for his community and for the people of the state of New York” and added, “He’s going to really be missed.”

Simanowitz grew up in the Forest Hills neighborhood he later represented, and was educated in local yeshivos.

He later became chief of staff to Assemblyman Nettie Mayersohn, replacing him in a special election when Mayersohn resigned in 2011.

His last official act came two weeks ago, when he slammed the Queens Museum in his district for rescinding their sponsorship of the 70th anniversary of the U.N. vote establishing a Jewish state.

He was responsible for several laws passed that aided the Orthodox community, including one which was signed into law last week allowing batei din to have sittings on Sunday.

Simanowitz also had a crucial role in introducing and passing a law that changed the practice of handing over a body not claimed within 48 hours to medical schools for dissection. The new system, passed into law last year, requires written family consent.

Agudath Israel of America described Simanowitz as a “passionate fighter for his community, which contains a large Jewish constituency, as well as a fierce advocate for families and children, particularly those of the nonpublic schools and yeshivah communities. He combined strong principles with a gentle and pleasant disposition.”

The Orthodox Union said he was a man “with a true moral compass and an incomparable dedication to his community and the diverse constituency that he served.”

He is survived by his wife Jennifer, parents and four children.