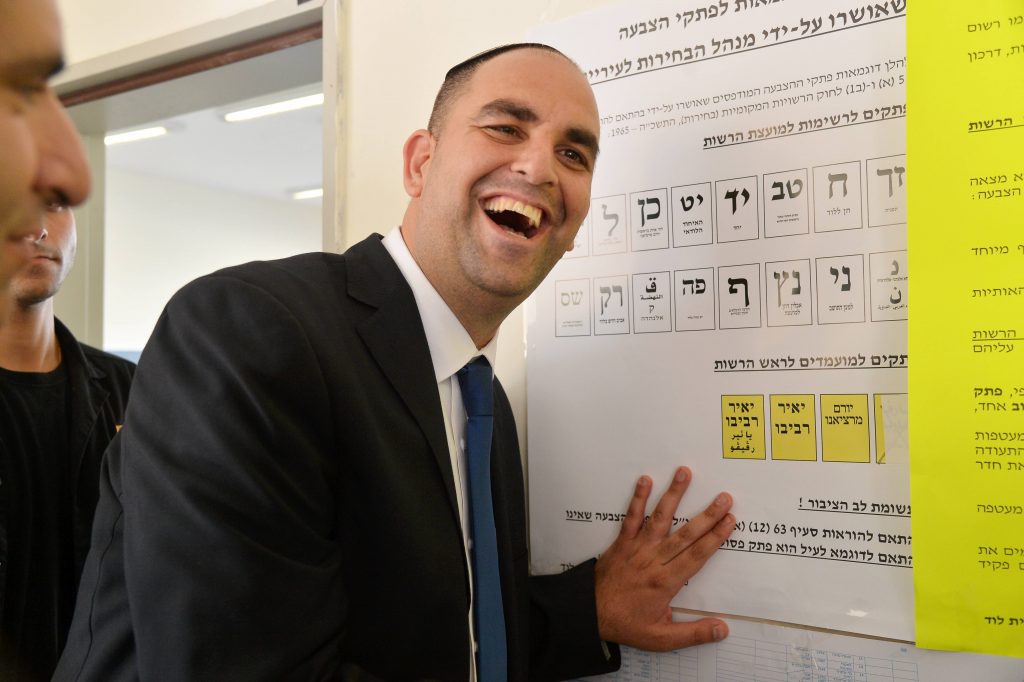 YERUSHALAYIM – A ruckus at a mosque in Lod that occurred Friday morning was all the fault of imams who failed to follow up on agreements and promises they made regarding the noise level of calls to prayer in their mosque, according to the mayor of Lod, Yair Revivo. “I was attacked at the mosque when I went inside to remind the imams of their commitments to the city and police,” Revivo wrote in a social media post. “Everyone respected the agreement except for the people in charge of the Dahamsh mosque. They are trying harm the co-existence here.”

Like in other mixed Jewish-Arab cities, many Jewish residents in Lod have long complained about the loud calls to prayer during the early morning hours. Many mosques “broadcast” not just the call to prayer, but their entire prayer service over loudspeakers. Muslim prayer times begin at dawn, with the first service at this time of year taking place at about 5:15 a.m. On Fridays, the morning service at about 9:30 a.m. can extend for as long as two hours, as it includes a sermon — also broadcast over the loudspeakers.

In the agreement with the city and police, imams said they were willing to compromise. According to the deal, the mosques would broadcast their calls to prayer for three minutes, and not broadcast the entire service and sermon. They also promised to cut out the early morning call to prayer. “But the Dahamsh mosque did not see fit to observe the agreement,” Revivo said. “Instead, on the first day of school they began their services at 5:30 a.m., waking up the children of Lod on their first day of the new school year.”

In response, Revivo said that he went to the mosque to speak to officials. “I have nothing against prayer. Actually, I myself attend Selichot early in the morning. But we do not broadcast the Selichot on a loudspeaker. When I went into the mosque I was attacked and pummeled from all sides. They stole my phone, cursed and abused me. All this took place under the watchful eyes of police, unfortunately,” wrote Revivo.

“We cannot accept a situation where people will request services from the city, including roads, schools, community centers and cultural centers — all things I happily provide — but when they see the mayor ask for a simple thing like observing an agreement that everyone agreed to, they attack and complain that I am anti-Arab. My goal is a city where everyone can live together, respecting each other and especially taking the feelings of others into consideration. I understand that Islam requires five prayers a day, but it does not require that a two-hour sermon be broadcast on a loudspeaker, interfering with the lives and businesses of both Jews and Arabs.”

In response to the incident, police said in a statement that they had already heard Thursday night that the imam of the mosque in question had planned to broadcast his sermon over loudspeakers, and had warned him not to do so and that he would be sanctioned if he did.

“On Friday morning, the mayor called the police and informed us that he was at the entrance of the mosque and that he intended to enter it. We asked him to wait until police arrived, but unfortunately he did not wait, and when he did enter the mosque he was attacked. Police arrived at the mosque and separated the mayor from the group of attackers. Police also lowered the volume of the loudspeaker and thus restored the peace.”

The imam is to be questioned, and charges of disturbing the peace will be filed against him, police added.