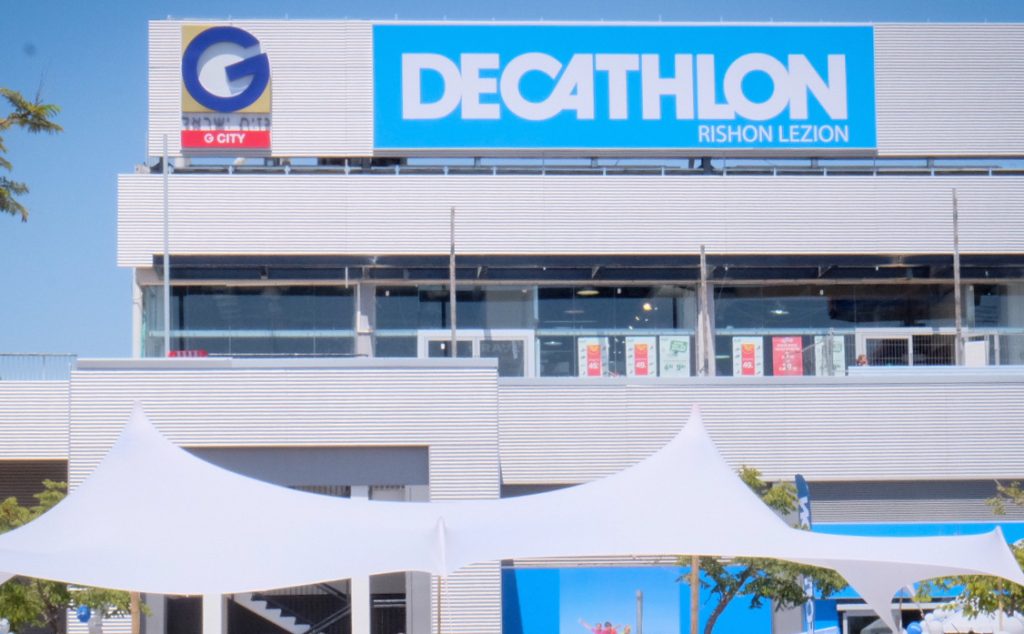 It took just four days for Israelis to clean out the largest – and apparently cheapest – sporting goods store in the country. The brand-new branch of French chain Decathlon in Rishon LeTzion shuttered its doors Friday and informed customers that it would be closed Sunday as well – while “emergency shipments” of new items are flown in from the company’s European warehouses.

Decathlon opened its first Israeli branch on Monday, with thousands waiting to get in on the first day – because of the discounted prices on usually expensive sporting goods and equipment. In many cases, the store is undercutting the prices at Israeli chains by as much as half for similar items. Most of the discounts are on the 20 brands Decathlon has manufactured for it, and for now, the store is selling only its own brands in Israel.

Started in 1976, Decathlon is now the world’s largest sporting goods chain, with over 1,100 stores in 38 countries and a staff of over 78,000. It is also the largest sporting goods store in Israel, with 60 departments spread over 3,000 square meters. With many Israelis seeking a bargain, crowds inundated the store from the moment it opened – and bought almost everything on store shelves. “We’re very grateful for the warm welcome from Israelis,” Decathlon said in a notice to customers placed on the front door of the store for the benefit of customers who waited until Friday to do their shopping. “We will reopen Monday morning at 9 a.m., and hope to see you then.”