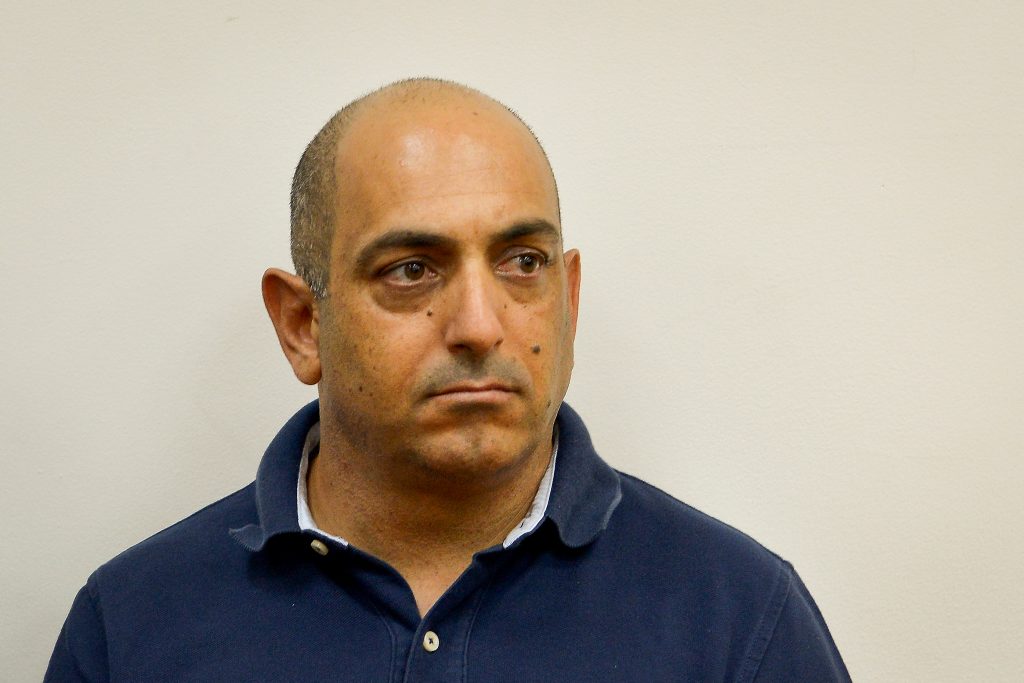 Israeli media reports on Sunday night carried pictures of David Sharan, a former bureau chief of Israeli Prime Minister Binyamin Netanyahu, who was revealed to be under arrest on suspicion of taking bribes and other crimes in the ongoing investigation of the German submarine affair, also known as Case 3000.

Sharan’s name has been under gag order until now, but was cleared for publication by the Rishon Letzion Magistrate’s Court on Sunday evening after he and five others were detained. The court extended his remand by five days, saying that “there is much more police work to be done in regard to the suspect.”

The man who served as Mr. Netanyahu’s bureau chief from late 2014 to 2016, is reportedly suspected of taking bribes, fraud, breach of trust and conspiring to commit a crime in connection with the purchase of German-made submarines for the Israeli navy. The prime minister is not a suspect in the case.

“The six were detained this morning, and their homes and offices were searched, in order to apprehend documents relevant to the investigation,” a police statement said.

Also on Sunday, more details emerged in connection with Case 2000, in which Mr. Netanyahu allegedly exercised improper influence on the Yisrael Hayom daily.

According to Channel 10 reporter Raviv Drucker, Mr. Netanyahu spoke with editors of the newspaper as many as five times in a single day shortly before the March 2015 elections, based on phone logs obtained through freedom of information request. According to data released by Mr. Netanyahu last week, he spoke with former editor Amos Regev 235 times in three years and with owner Sheldon Adelson 120 times in the same period.

If it can be proved that Mr. Netanyahu was calling shots in the paper’s campaign coverage, then the millions of shekels Adelson spent on the newspaper could be considered illegal campaign financing, The Times of Israel quoted “critics” as saying.

In response, coalition chairman Likud MK David Bitan said Sunday that he will file his own Freedom of Information Act request to the Prime Minister’s Office demanding the release of similar information about phone calls to newspaper editors by former premiers Ehud Olmert and Ariel Sharon.