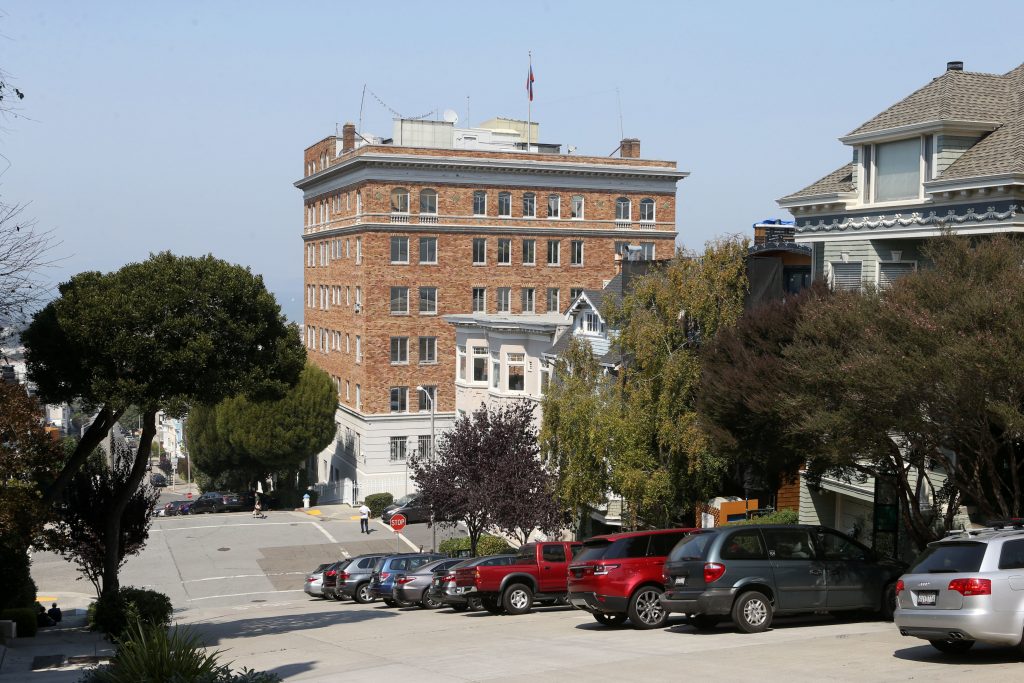 Russian diplomats worked to vacate three properties in the United States on Saturday, including the six-story consulate in San Francisco, complying with a U.S. order issued in retaliation for Moscow cutting the American diplomatic presence in Russia.

Staff at the San Francisco consulate were seen moving equipment, furniture and small items from the building into minivans and driving away, before coming back for more 20 to 30 minutes later. A group of men in plainclothes and suits were seen on the roof of the consulate looking around, some wearing rubber gloves.

The closure ordered by the Trump administration of the consulate in San Francisco and two buildings housing Russian trade missions in Washington and New York was the latest in tit-for-tat measures between the two countries that have helped plunge relations to a new post-Cold War low.

The United States ordered the Russians to shutter their operations in the buildings by Saturday.

In July, the Kremlin ordered the United States to cut its diplomatic and technical staff in Russia by more than half, to 455 people, to match the number of Russian diplomats in the United States, after the U.S. Congress overwhelmingly approved new sanctions against Russia.

Those U.S. sanctions were imposed as punishment for what U.S. intelligence agencies concluded was Moscow’s interference in the 2016 U.S. presidential election as well as Russia’s annexation of the Crimea region of Ukraine.

As of early Saturday afternoon, the Russian flag was still seen atop the consulate in San Francisco. Someone opened a window above the main entrance and wedged a small Russian flag there. A small contingent of news media and curious passersby gathered below the building.

Images posted on social media on Friday showed black smoke billowing from a chimney of the consulate, on the hottest day in San Francisco’s recorded history. The smoke prompted speculation that diplomatic staff inside the consulate were burning sensitive documents.

Maria Zakharova, the spokeswoman for the Russian Foreign Ministry, said the fire was part of a “mothballing.”

Russia’s Foreign Ministry said on Saturday it has summoned a U.S. diplomat in Moscow to protest over plans to conduct searches in Russia’s trade mission complex in Washington, another of the buildings ordered closed.

Images posted on social media on Friday showed smoke and flames visible outside the trade mission building in Washington.