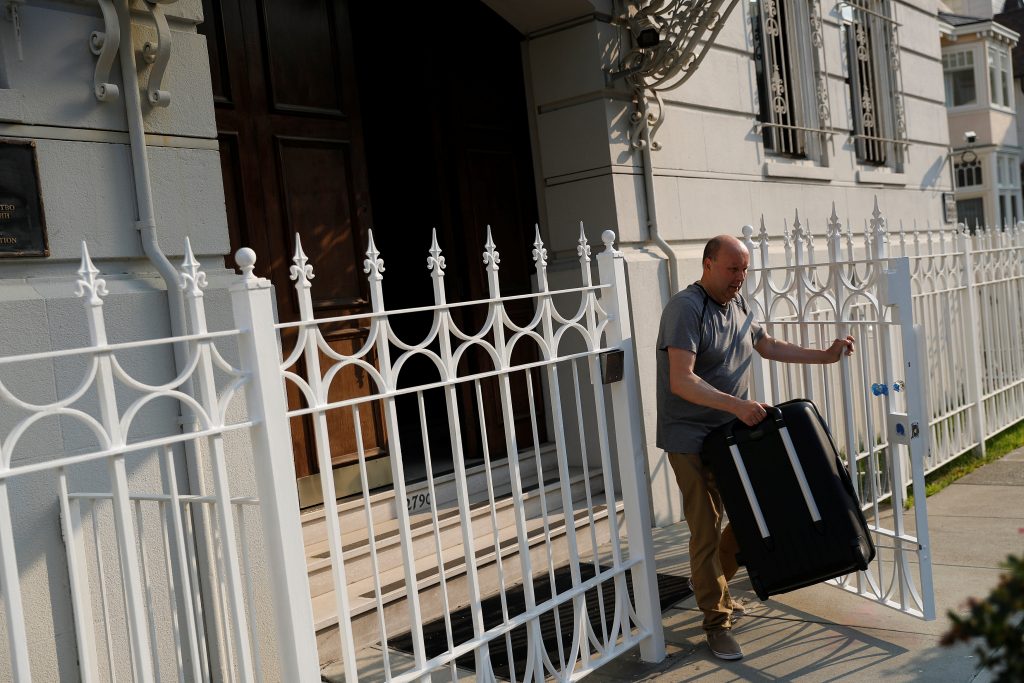 Russia’s Foreign Ministry has called in a top United States diplomat in Moscow to protest what the ministry claims is a plan to search the newly closed Russian trade mission office in Washington.

A ministry statement on Saturday said the United States has threatened to “break down the entrance door” to the office, but did not say who made the threat.

The office is one of three Russian facilities the U.S. ordered closed this week; the others are the San Francisco consulate and a New York trade office.

Ministry spokeswoman Maria Zakharova on Friday claimed the consulate would be searched, but the State Department hasn’t commented.